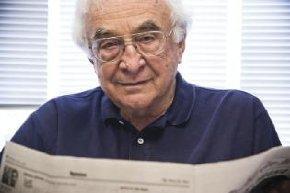 First place is awarded to "Murder Mysteries" by Thomas Hargrove of Scripps Howard News Service. The series resulted in what experts say is the most complete database available of unsolved murders. Hargrove developed a unique algorithm to identify the likely traces of serial murders. Police in at least eight cities have acknowledged that the clusters found by Hargrove are either confirmed serial cases or are likely to be such.

Second place is awarded to "Testing the System," by Marisol Bello, Jack Gillum, Linda Mathews, Greg Toppo, Jodi Upton and Dennis Cauchon of USA Today; Denise Amos of the Cincinnati Enquirer; Chastity Pratt Dawsey, Peggy Walsh-Sarnecki and Kristi Tanner-White of the Detroit Free Press; and Anne Ryman of The Arizona Republic. Taking their analysis to a national level, the project examined the chronic problem of schools that cheat on standardized tests. The series has prompted a federal Department of Education investigation into the testing practices of D.C. schools and a tightening of the security around testing.

Third place is awarded to "Tale of Three Cities: Foreclosures Don’t Always Follow the Script" by Sanjay Bhatt of The Seattle Times and Jennifer LaFleur of ProPublica. The project challenged common stereotypes about home mortgage foreclosures by analyzing demographic and financial patterns of foreclosures in three cities.

Read more about this year's winners of the Phil Meyer Awards, including a history of the award.