Login Not a member? Join ( Why? )
Subscribe to the IRE Radio Podcast
2012 IRE Conference Blog » Tips for investigative reporters in China 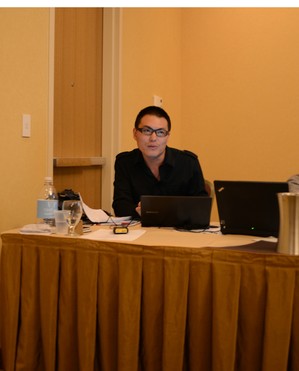 Weibo, China’s version of Twitter, has become an essential tool for investigative reporters in China, said Ying Chan, journalism professor from the University of Hong Kong on the Saturday’s panel “Investigative Reporting in China.”

Chan cited the most discussed news in China recently to explain the power of Weibo.

China’s government suspended three officials after they forced a young woman to abort her child seven months into the pregnancy. This happened just days after the family posted the mother’s photo with the remains of the fetus.

“It was the most popular topic on Weibo. People are very angry about that,” Chan said. “ It has become a national conversation.”

A post named “a letter from heaven by the 7-month-old fetus” on Weibo gathered more than 1.4 million people in its discussion.

The mother started her own Weibo account. About 54,000 people started to follow and communicate with her by posting comments.

“All conversations have a time code,” Chan said.

Weibo is more visual and robust than Twitter, Chan added. It displays pictures without making readers click a link.

“You can attach a thousand word article by using a simple function to make it submit as an image,” Chan said. “Reporters use this function to distribute long articles on Weibo.”

Chan shared some facts about Internet usage in the country to show the power the web has in China.

Even with the Internet empowering viewers, political reporting in China is under tight control and censorship.

Chen Meng, a senior investigative reporter and finance editor from The Time Weekly, discussed how the paper found its ways to cover Bo Xilai’s story from a business angle.

Public records outside of China, including company registries, land records and court records, are also used in the research.

The results of the investigation exposed the business ties of Bo’s family.  Bo Xiyong, Bo Xilai’s brother, was the vice chairman of China Everbright International, a big holding company owned by the Chinese government.

“We cannot write about Bo Xilai. But we can write about his brother’s business empire.  We published a total of seven pages in three weeks,” Chen said. “Our stories attracted nearly two hundred thousand comments online.”

Photo and story by Shuyi Wang, a graduate student at Emerson College Department of Journalism.