Login Not a member? Join ( Why? )
Subscribe to the IRE Radio Podcast
IRE News » Behind the Story: Colorado’s untested rape kits 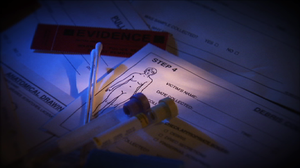 Keli Rabon and KMGH Denver purchased their own rape kit over the internet to help understand the different elements of the process. Credit: KMGH Denver

In November, a KMGH Denver investigation revealed that Colorado police departments had failed to test hundreds of rape kits — 44 percent of the 1,064 kits that Denver Police have received since 2008. Those untested kits prevent police from entering DNA into a national database that could help identify serial rapists. Keli Rabon, lead reporter on the story, shared with IRE how she found the story, what steps she took, how she handled a sensitive issue and found sources willing to talk on the record.

How did you discover the rape kit testing issue?  Why did you decide to investigate this issue further?
In many cities, crimes like shootings and murders garner the most attention while sexual assaults – especially those where the victim knows the suspect – rarely make headlines. I first investigated this issue when I worked at WREG in Memphis, TN two years ago. We found thousands of untested rape kits, and a system with little accountability in what was tested and what wasn’t. Within days of that story, the Memphis Police Dept. changed its policy and sent thousands of untested kits to be tested.

I decided to dig into the rape kit testing issue again when I moved to Denver. After making some initial calls to the Colorado Bureau of Investigation and a few police departments, it was evident that both local and state agencies were not keeping track of how many rape kits had been tested or not tested, nor did these agencies think it was necessary to track that information. This signaled to me it was time to dig in further, and six months later, our investigation hit the air.”

How did you obtain the data about the amount of rape kits tested?  Were you able to compare this data to national rates of rape kit testing?
During the course of several months, I submitted dozens of record requests to police departments across Colorado seeking the number of rape kits received over a five year period, the number tested/untested, the written policies and procedures regarding rape kit testing, and a few other items. Only one police department was able to provide this data for the requested time period, for free. None of the departments had written policies. Some departments had years of data missing, many departments needed to do hand counts of evidence or case files, and other departments flat out refused to provide the data. Costs for the records ranged from $200 to $25,000 (which we refused to pay, but suddenly the agency made the data available for free when we showed up to interview them about the exorbitant cost.)

I contacted many national victim advocacy groups and law enforcement organizations seeking a national standard, recommendation, or something that could be used to benchmark performance, but unfortunately one does not exist – yet. The National Institute of Justice is in the process of developing suggested guidelines, but there are no national ‘best practices’ for rape kit testing right now. States like Texas and Illinois have established testing mandates and a handful of cities like New York and San Francisco also require rape kit testing. But beyond that, it’s completely subjective based on the local department.

How did you attempt to get sources, particularly rape victims, to speak openly with you?
Having only lived in Denver for a few months, I knew that establishing sources would be one of my greatest challenges.  I’ve learned that victims and victim advocates can sometimes be very hesitant in speaking out against police or prosecutors, because as one advocate told me in the past, “we all have to play in the same sandbox.” While that may be hard for us as journalists to stomach, it’s a perceived reality for them because they depend on these agencies to work through tough cases, for funding and grants, creating policies, etc.

Before I even knew IF I had a story, I took the time to meet with a victim advocate in-person. This was about 3 months before my story was set to air, and I spent about two hours talking to her about all issues surrounding the process a rape victim goes through – from reporting the crime, to having the rape kit done, to following through with prosecution. It was important for her to get a sense of my genuine interest in the story, and for me to not put blinders on since perhaps there were other issues surrounding this topic that I should look at too. About a month after that meeting, she connected me with a victim who had never spoken publicly about her rape before. It was up to me to convince her to talk on camera.
I met with the victim in-person and she walked me through the entire experience. Thankfully, she had a significant amount of documentation and notes of everything that happened that she was willing to provide me. I listened and asked her poignant questions, but also made sure to give her space and time to think about her decision to speak out. A week later she agreed to the interview, and allowed us to use her real name and to show her face. Time and time again after the story aired, people commented about how brave the victim was putting her face on this issue, and how much more impactful they felt the story was because of the victim’s courage.

What are some setbacks you faced during the investigation and reporting process? How did you work through them?
The records request process was without a doubt the most time-consuming and patience-testing element of the investigation. Because I threw out such a wide-reaching net asking for information from 16 departments, I had to keep excellent notes about where the request stood at each agency, when to check back, how much was being charged, and what they were/weren’t going to provide. I created a system in Excel to organize where each request stood. This made it easy to turn all of that legwork into something meaningful for our viewers, when it was time to create the more wide-reaching web elements that we put online. That way even if an agency wasn’t included in the television story, a viewer could still find the department’s information online.
Also, I didn’t take no for an answer. One of the sheriff’s departments featured in the story sent me an invoice for $25,000 to provide the records. I told them we weren’t going to pay, but we would like to schedule an interview to discuss why a department needs to charge that kind of money to tell the public how many rape kits had been tested over 5 years. On the day of the interview, the department provided the records free of charge.

A final example was during my interview with the captain in charge of Criminal Investigations at Fort Collins Police Department. At the beginning of the interview, I asked him to describe when a rape kit would be tested and when it wouldn’t be tested. He said that in cases “where the victim knows the suspect” the kit is ineligible for testing. This caught me off guard because it directly contradicted my understanding of CODIS, the national DNA database. I told him that was incorrect, but he assured me that he understood the law, and he had 30 years of law enforcement experience. After the interview I quickly began fact-checking, finding DNA experts and asking for clarification from CBI. Sure enough, the Fort Collins PD misunderstood the law, and was not testing rape kits that should have been tested. The department immediately changed its policy after the story aired, and is in the process of searching through years of old evidence to test those rape kits as well.

What were the most interesting things you found that didn’t make it into the final article?
There’s always a balance between finding what’s interesting to the public and what’s interesting to us as journalists, but is really more ‘inside baseball.’ Personally, I found it interesting that so many departments could not provide the rape kit testing data, including the Colorado Bureau of Investigation – the state agency responsible for testing rape kits for local departments. CBI had no idea how many kits it had tested. In May, CBI said it would be “impossible” to determine. By July, I learned that a third-party in Virginia handles CBI’s records management, and may be able to complete the request. Finally, I received a database in September of all the rape kits CBI had tested over the last 5 years, including the date received, the local agency, and the status of the evidence. It’s interesting to note that before CBI would release the data to me, the PIO decided to contact all the local police departments in the state to let them know about my records request.   Ultimately, I didn’t feel it was necessary to get into all of this back and forth, because at its core, this investigation is about victims waiting on justice while their untested rape kits sit on the shelf.

What do you hope will change as a result of your reporting?
At minimum, we hope that more attention will be brought to the issue of untested rape kits. Two days after the initial story, the Fort Collins Police Department admitted it misunderstood what types of rape kits were eligible for testing, and changed its policy. The police chief went on camera to acknowledge what we brought to light, and that investigators were looking through years of evidence to see what should have been sent that wasn’t.

Within a week of the story, Colorado’s Speaker of the House announced plans to introduce legislation requiring the testing of all rape kits.  It will be interesting to see what happens when a fiscal note is created and lobbyists get involved, but if nothing else, many victims say they’re already feeling a small sense of empowerment knowing that their evidence has a chance of being used to bring a rapist to justice.