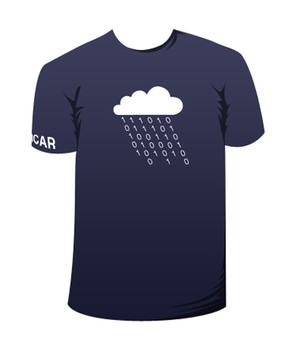 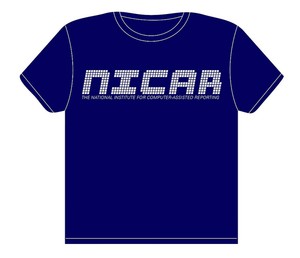 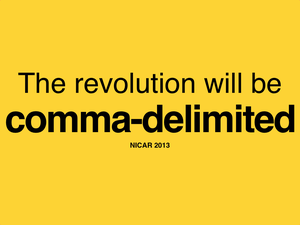 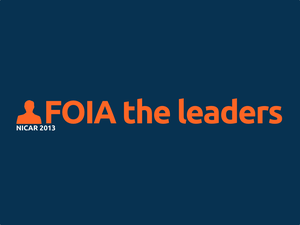 The votes are in and the 2013 NICAR T-shirts have been selected!

Proposal 8, a blue T-shirt with NICAR across the chest, came in first among finalists and is this year’s winning T-shirt. The winning design comes from Ben Welsh of the Los Angeles Times, who also won last year with an EPMD-inspired design in the NICAR 2012 T-shirt contest.

Welsh’s design will be on sale at the 2013 CAR Conference in Louisville, future training events and the IRE store.

Proposal 37, a dark blue T-shirt with a cloud raining data, is the runner-up and will also be on sale at the 2013 CAR Conference. The proposal comes from Jon Schleuss at the University of Arkansas.

Proposals 51, “The revolution will be comma-delimited”, and 48, “FOIA the leaders”, came in third and fourth, respectively and will be on sale as stickers. Both of these proposals come from Jeremy Bowers of NPR.