Login Not a member? Join ( Why? )
Subscribe to the IRE Radio Podcast
IRE News » Behind the Story: Tackling the unusual, problematic ‘contract for deed’ housing deal 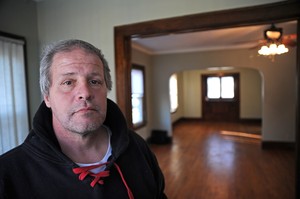 In January, Jeffrey Meitrodt, Investigations Editor at the Star Tribune, reported on problematic contract-for-deed sales of homes in Minnesota’s Twin Cities. The sales are frequently used to sell homes to low-income buyers who have been unable to secure financing from a bank.  Since 2007, Minneapolis and St. Paul have seen a more than 50 percent increase in the number of contract-for-deed sales of property.  These homes may have existing debts and code violations, many buyers don’t know their rights. The sales happen with little or no oversight.

The Star Tribune began covering one-off contract-for-deed stories three years ago, but after a tip from a legal aid attorney, Meitrodt wanted to cover the issue from a different angle.  The attorney suggested to Meitrodt that fraudulent sales could be widespread.  At least one seller had a number of complaints filed against him.  Meitrodt left the attorney’s office with a list of sellers’ names, which he used to retrieve five years of contract-for-deed sales records as PDFs.

What is contract for deed?

Contract-for-deed properties are sold by owners to buyers who are financed by the seller rather than a bank.  The buyer makes monthly payments to the seller for a short period of time.  When the period is over, the buyer must make one large final payment, also known as a balloon payment, to the seller.  At this time, buyers must either have the available cash for the payment or try to qualify for a loan or mortgage.  If they cannot make the payment, they have violated the contract.  Any down payment and subsequent monthly payments do not have to be repaid. See the Star Tribune writeup more information.

“I took the PDF, cleaned it up, put it in Excel, and sorted it by sellers,” he said.

The forms only contained legal descriptions of properties.  These descriptions include information about a plot of land or a home, but they do not include a street address.  Meitrodt had to read through these descriptions to find familiar subdivisions in Minneapolis and St. Paul.  Over three days, he entered the data into county property search engines to find the city names and confirm locations.  “I sorted their sales by property and address and just knocked on doors after that,” he said.

During the first round of interviews, Meitrodt spoke with 25 buyers, several of whom had purchased homes from investor Ron Folger.  Folger had previously rented properties, but he sold 16 after losing his rental license in 2011.  In 11 of these sales, Folger did not provide home inspections.  Meitrodt had planned to interview sellers after speaking with buyers, but on the first day of interviews, he noticed a man had been following him.

“I walked up to him and said, ‘You must be Mr. Folger,'” Meitrodt said. Folger was angry, but he agreed to be interviewed the next day. He had not cooled down by then, Meitrodt said.

“It served me well,” Meitrodt said, “Some of the best quotes came from the first interview.”

Folger’s surprising statements were followed by equally surprising statements from another seller, Leslie Reynolds, who admitted to engaging in bait-and-switch tactics to sell properties.  Meitrodt believes he was able to get such honesty from his sources because he had the data and the buyers’ interviews to back up his questioning.  He says he hasn’t heard a complaint from Folger or Reynolds since the piece was published.

His reporting caught the attention of city building and housing department officials after he interviewed them in October.

“I think immediately after this interview, they started their own investigation,“ he said.  They were concerned that sellers like Folger had found a way around losing their rental licenses.  State officials have also begun an investigation, and legal aid attorneys have drafted legislation to change existing laws.

Meitrodt says if he has learned one thing from the experience, it’s to never shy away from an investigation if there’s a lack of digitized data.  Although he started with nearly 4,000 cases, he was able to narrow down his analysis to around 1,300.  He recommends finding a good middle ground when building your own spreadsheets from files: “Let’s do this for an hour and figure out the rate,” he said.  Then you know what you can reasonably take on when you present your story to editors.

Jeffrey Meitrodt can be reached via email at [email protected].