Login Not a member? Join ( Why? )
Subscribe to the IRE Radio Podcast
IRE News » Behind the Story: How Gannett Wisconsin Media gathered salary data from cities, counties and state agencies 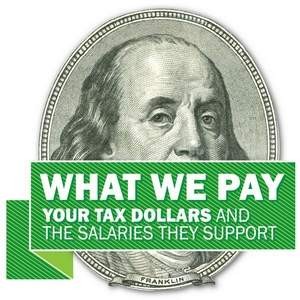 In the wake of the budget reforms proposed by Wisconsin Gov. Scott Walker in 2011, known as Wisconsin Act 10, Eric Litke of the Gannett Wisconsin Media Investigative Team felt the public debate over salary was all rhetoric with little factual backing.  In February, Litke tried to change the public dialog by publishing the salary data for Wisconsin public sector employees making more than $25,000 a year.  The five-week report entitled

“What We Pay:  Your Tax Dollars and the Salaries They Support” took six months of research and cost almost $9000 in reimbursements for data.  By the end of its initial five-week run, the series had received 2.5 million page hits.

“This was a scope that we had never done before,” Litke said.

“We had a shared Google Doc that we entered dates requests were filed, receipt was confirmed, data was sent, along with notes on barriers, missing data, etc.,” he said.  He recommends sending out a few test requests and asking for feedback, especially before mailing out hundreds.  “I learned partway through that a few minor tweaks to the wording of my request could have saved a lot of trouble down the road with receiving inconsistent data,” he said.

The majority of the work occurred after the initial records request responses were received.  Many entities were uncooperative.

“One place attempted to charge for stamps to send letters to employees to notify them of the release,” Litke said.  This is beyond the scope of what Wisconsin law allows them to charge, he said.  In another case, two groups refused to provide names with the data until the Gannett Wisconsin Media attorney got involved.

“I was referred to in one response as ‘unduly burdensome and oppressive.’  I’ve been called a lot of things in my career but never ‘oppressive,’” Litke said.  He kept a document of his favorite parts of the open records law to refer back to when re-submitting requests.

Litke ultimately received data from all counties, but it came in a variety of formats.  He used Excel and Adobe Acrobat to work with most of the files.  He experimented with different file converters, but recommends pdftoexcel.org for converting text documents.

“Ninety percent of data cleaning fell on me,” he said, but a temporary worker  was hired to enter data from files that couldn’t be scanned.  The data then went through two steps of proofreading, once through Litke and again through another co-worker on the investigative team.  After the data was cleaned, Litke created online databases using Caspio.  He also submitted individual city or county reports to 10 Gannett Wisconsin dailies and helped edit their reporting based on the data.

The final part of the process was responding to the public.  Gannett provides opportunities for readers and journalists to chat in real time.  Readers’ biggest request from chats and letters was a better context for the data.  “I was asked thousands of different ways what my salary was,” Litke said.  In the follow-up, Litke explained the differences between public and private sector salaries and why it’s difficult to compare the two.

Keeping the public involved in the process and allowing them to understand the investigation was a priority for him.

“The issue is there is a lot of arguments…based on very little actual data,” he said.  Litke said he hopes that the issue is now clearer for Wisconsin voters. “I’m all about open records and letting government know we’re watching.”

Eric Litke may be contacted via email [email protected] or via twitter @ericlitke.