Login Not a member? Join ( Why? )
Subscribe to the IRE Radio Podcast
On the Road » Tips for covering the Arizona wildland firefighter deaths 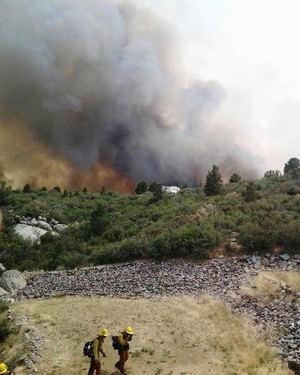 Editor’s Note: As the Yarnell Hill Fire continues to blaze, mourning begins for the lives of 19 firefighters lost in the battle. Reporters are beginning to dig into why this disaster happened. Nate Carlisle, justice editor at The Salt Lake Tribune, has covered wildfires since 2005 and completed a weeklong wildland firefighter certification course. He offers some advice and suggests questions for those wanting to investigate this and other fire tragedies.