Login Not a member? Join ( Why? )
Subscribe to the IRE Radio Podcast
IRE News » Behind the Story: How the Los Angeles Times turned an anonymous tip into a front-page story 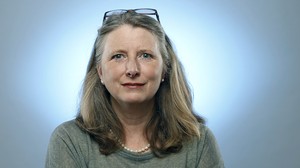 Despite the rocky start, the Los Angeles Times reporter went on to break the story about trivial alerts from GPS monitors overwhelming probation officers in LA County. Officers had been using the monitors to track thousands of felons moved out of California prisons due to overcrowding. Receiving as many as 1,000 alerts a day, officers had come to frequently disregard the notices.

St. John began her investigation back in the spring of 2013 following an anonymous email tip alleging that the GPS monitoring program was a sham. The accusations were too specific not to be well-founded, St. John said. The tipster, she thought, must be an insider.

St. John was unable to follow up because the person who sent her the tip had deleted the account. With the single email, she didn’t have much to go on.

“I hate it when someone thinks that’s all you have to do,” St. John said of the tipster’s anonymous email.

But the lack of leads didn’t deter St. John from pursuing the story. Though she heard nothing but rumors from other sources, St. John finally got a break several months later, in the fall of 2013.

A contract dispute arose over the functionality of the GPS devices, creating a paper trail. The Los Angeles County Probation Department wrote “contract discrepancy reports” to document the alleged failures of the equipment.

Looking at these documents, St. John was able to figure out that the real problem with the GPS program wasn’t necessarily the devices themselves, but rather the overwhelming number of alerts they gave out and the inability of law enforcement to properly attend to them all.

After receiving the documents, St. John was able to talk with several probation officers. None would go on the record. The first version of her story didn’t have a single identified source. Her editor told her to try again. Within a week St. John was able to turn a new version of the story, this time citing elected union representatives who felt they were protected from retribution.

The entire process, from receiving the anonymous email tip in April 2013 to publishing the story online last month, took almost a year.

And St. John isn’t done yet. Her recent story focused on one problem in one community, taking a very narrow approach. But there are lots of things that have gone wrong with GPS monitoring in other counties and states, she said.

An audit of Tennessee’s parole system revealed problems similar to those in LA County, and Washington state released information on its alert program following the killing of a police chief, St. John said.

St. John did some analysis with a small database for her initial story, but she plans to do more. She would like to have a GIS map to determine the likelihood of a person going between points without setting off a tracking alarm.

St. John said her ability to see the information with fresh eyes helped her get the story. Even though she knew and previously wrote about the mechanical failures of the GPS trackers, she couldn’t see the larger issue of law enforcement’s struggle to effectively monitor the equipment until she began looking into the documents related to the contract dispute.

“Just imagine that what you want is out there, but just not in the form you think it is,” St. John said.

The full impact of St. John’s investigation continues to unfold. Officials at the Los Angeles County Board of Supervisor’s meeting last month asked that the probation department attend a future meeting to explain corrective measures it’s taking to address the issue.

“They haven’t figured out what to do about this huge volume of alerts,” St. John said, “But now they’ll have to.”