Login Not a member? Join ( Why? )
Subscribe to the IRE Radio Podcast
IRE Conference Blog » A conversation with Lawrence Wright 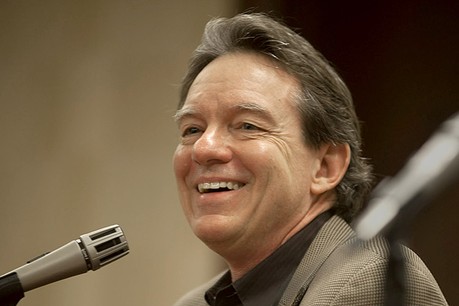 Listen to Pulitzer Prize-winning author Lawrence Wright discuss turning characters into donkeys, choosing his next project and working at his custom-built desk with his one-of-a-kind index card reporting system.

Wright is a staff writer for the New Yorker and the Austin-Texas based author of The Looming Tower: Al-Qaeda and the Road to 9/11, which won the 2007 Pulitzer Prize for non-fiction and was named one of Time’s Top 100 Books of all time.

His latest book, Going Clear: Scientology, Hollywood & the Prison of Belief, explores in rich detail the secretive world of the Church of Scientology — probing deeply into the lives and beliefs of figures like founder L. Ron Hubbard and actor Tom Cruise as well as other leaders and defectors involved in that controversial movement. Going Clear was described in April 2013 as “an evenhanded, chilling… investigation,” by the New York Review of Books.

Speaking at the 2013 IRE Conference, Wright revealed some of the secrets of his craft in a conversation led by his longtime friend John Burnett, a veteran foreign correspondent and longtime Texas-based NPR correspondent.