Login Not a member? Join ( Why? )
Subscribe to the IRE Radio Podcast
IRE Radio » Behind the Story: How KDNK investigated gas spills on private property 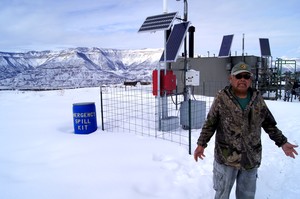 But when unsafe levels of dangerous chemicals like arsenic and benzene contaminated the land, landowners were sometimes left in the dark, Williams found.

While companies are legally required to notify landowners about spills, state spill reports don’t require them to document the property owner’s name. That’s made it difficult for regulators to enforce the law.

To nail down the story, Williams used online databases from the state – which he cleaned and analyzed in Excel – and a good amount of trial and error.

Listen to Williams’ story here. He also recorded a short “Behind the Story” piece for IRE: