Login Not a member? Join ( Why? )
Subscribe to the IRE Radio Podcast
IRE Conference Blog » IRE Preview: Jerry Mitchell to discuss investigating the Klan and other civil rights cold cases 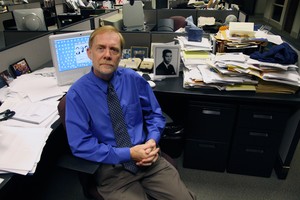 As a veteran investigative reporting working in Mississippi, Jerry Mitchell of The Clarion-Ledger has won delayed justice for many black Americans who were murdered in the civil rights era. The extraordinary results of his work have been recognized in multiple ways, including the film “Ghosts of Mississippi,” which told of his investigation of the murder of Medgar Evers, which resulted in the trial and conviction of a KKK member.

Get some Sunday-morning inspiration and a window into what it takes to investigate decades-old cold cases.