Login Not a member? Join ( Why? )
Subscribe to the IRE Radio Podcast
IRE News » Finalists announced for 2016 Golden Padlock award 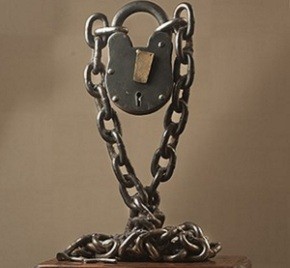 COLUMBIA, MISSOURI: Investigative Reporters and Editors is proud to announce the finalists for its 2016 Golden Padlock Award celebrating the most secretive government agency or individual in the United States.

“Transparency and accountability are concepts routinely embraced by politicians and public officials — and just as routinely abandoned when they become inconvenient,” said Robert Cribb, chair of the IRE’s Golden Padlock committee.

“This year’s dubious crop of distinguished nominees covers the landscape of public interest contempt – from imagining creative legal obstacles for denying release of public interest records, to mind-boggling delays to indefensible fees that reach into the hundreds of millions of dollars.

“Together, they represent the very best of American government secrecy.”

1. The Massachusetts Supervisor of Public Records Shawn Williams and Secretary of State William F. Galvin for supporting the withholding of a wide range of public records including race and ethnicity data and a recording of a public official making derogatory comments about two women at a public meeting. In one case, Williams upheld a $6,600 fee to complete a Boston Globe request for a log of public requests received by the State Police, saying it was “reasonable” for state officials to spend 265 hours reviewing the log before release. The Globe has challenged Williams’ decisions through the courts and has won five times — an expensive and time-consuming process that has dramatically delayed release of vital public records.

2. The U. S. Department of Defense Office of Freedom of Information for officially responding that it would require 15 million labor hours (more than 1,712 years for one person) and a $660 million fee (roughly the value of the Washington Nationals major league baseball team) to fulfill a FOIA request for the number of “HotPlug” portable power providers possessed by the Pentagon. The request was made in July, 2015 by government secrecy researcher Martin Peck through the MuckRock collaborative investigative news site about the devices Pentagon investigators use to transfer the computers of security risk suspects to their forensic laboratories without shutting them down. The agency responded, over the signature of FOIA chief Stephanie L. Carr, in February, 2016, that the information was hidden in “more than 45 million documents” in the Pentagon’s Electronic Documents Access system, for which “no method exists for a complete text search” digitally, necessitating the “15 million labor hours at an estimated cost of $660 million.” The absurdity of this response by the Pentagon office responsible for providing public information was underlined when another part of the Defense Department, the Office of the Inspector General, quickly responded to a similar FOIA request from Peck with the information that its investigations arm “has three WeibeTech HotPlug systems and zero equivalent forensic override systems by other suppliers.

3.  Bureau of Safety and Environmental Enforcement (BSEE/“Bessie”) for repeated failures in creating, maintaining and releasing records pertaining to its core purpose. Created to fix the broken system that led to the Deepwater Horizon spill, BSEE was designed to place greater emphasis on environmental and worker safety and less on the promotion of oil and gas development. But a FOIA request for weekly reports by journalist David Hammer has now gone unfulfilled for 15 months and counting. In response to another request, BSEE denied that it kept a list of poorly performing oil companies, later producing the supposedly non-existent list in response to an appeal. In another case, the agency provided safety audits for offshore companies that were blacked out so completely that no relevant information could be read.

4. U.S. Department of Veterans Affairs for withholding records about the qualifications of medical staff who evaluated thousands of veterans for potential brain injuries following service to their country. When TEGNA TV stations across the U.S. formally requested the information, VA hospitals withheld the names, board certifications and medical specialties of doctors performing the exams, saying release of the information “would not contribute to the public’s understanding of the Federal Government.” Kare11 in Minneapolis first obtained records showing many potential brain injuries were evaluated by staff whose qualifications did not meet the VA’s own requirements, potentially missing cases of injuries that can trigger additional benefits for veterans. Following an internal investigation, the VA now acknowledges 25,000 veterans across the country had their brain injury diagnoses performed by doctors who were not qualified to make those diagnoses. TEGNA is currently in the process of appealing the agency’s public disclosure denials.

5. The City of El Paso for efforts by elected municipal officials to lobby against their own electorate’s right to access public records. One member of the city’s council, Emma Acosta, attempted to change the local application of Texas’s state public-records law in 2016 by blocking requesters who had been convicted of crimes of “moral turpitude.” The item made the city’s agenda about a week after a blogger with a prior misdemeanor conviction filed a request for records concerning Ms. Acosta’s correspondence. When a local state representative pointed out that “a city can’t roll back state law,” the council dropped the item. Less than two weeks later, city councilors proposed a lobbying campaign to seek changes by the Texas legislature to further limit access to public records such as phone numbers. The city council ultimately tabled its efforts. But, as a series of investigations by the El Paso Times has shown, the city government may not need legal changes to avoid potentially embarrassing disclosures: On numerous occasions, the paper has reported, the city failed to release clearly public records that would later come to light, citing clerical mistakes and “human error.

The winner will be announced at IRE’s annual conference in New Orleans June 18. A representative from the winning agency will be invited to receive the honor.

Judges for the 2016 Golden Padlock are: