Login Not a member? Join ( Why? )
Subscribe to the IRE Radio Podcast
IRE News » When checking your mailbox isn’t enough: 3 tips for investigating local elections 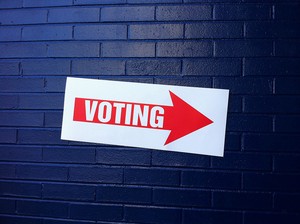 Checking for snail mail wasn’t abnormal for her, but what she found was: a copy of Donald Trump’s 1995 tax returns. The document led to a notable scoop for the Times and plenty of lessons for reporters. Craig wrote about the experience, and gave one piece of advice to journalists: “check your mailboxes.”

In the same spirit, we reached out to reporters at a nonprofit in San Diego, a newspaper in Missouri, and a TV station in Colorado for advice on investigating local elections.

Voters in San Diego will decide the fate of 31(!) ballot measures this November. Understanding each of those issues, plus vetting each candidate running for office, is a daunting task.

“It’s better to be an expert on a few things you can really cover well than try to do everything,” she said.

When deciding what to dive into, Voice of San Diego tries to pursue topics they’ve already been reporting on, like land use or education. They also watch what other outlets are already covering. If the San Diego Union-Tribune is on top of something, Voice of San Diego is comfortable moving on.

“You’ve got to be really good at saying no,” she said.

Bonus advice: If something smells fishy, it probably is.

In June, Voice of San Diego contributor Kelly Davis broke the story that the city had lied about why jagged rocks suddenly appeared in a place frequented by the homeless.

The city said the rocks were placed after residents complained. Davis had heard rumors that said otherwise, and a records request for emails confirmed it: the rocks were brought in to drive out the homeless in advance of the MLB All-Star Game in downtown San Diego.

Voice of San Diego got the story because they followed their noses.

“It happened to be the exact thing we suspected,” Libby said.

In August, a St. Louis Post-Dispatch investigation revealed massive problems with absentee ballots in a primary election for the Missouri statehouse. A judge ordered a new election, and a different candidate prevailed.

The Post-Dispatch was tipped off when an attorney for the candidate that originally lost asked for all of the absentee ballot applications for the district. Reporters Doug Moore and Stephen Deere decided to request the same documents.

“We can’t stress how strong a tool records requests were,” Moore said.

They knew they had a right to see those applications because they had read the law.

“That will serve as a road map for all kinds of different documents,” Deere said. “A lot of public officials don’t even know it.”

Bonus advice: Keep your editors in the loop.

A state’s open records law is weakened when editors aren’t willing to throw legal heft behind a records request, Moore said. If a request for public documents is rejected, the stonewalling officials need to know that reporters aren’t willing to go quietly into the night.

In the fight for the absentee ballot applications, the Post-Dispatch was able to follow behind the candidate’s attorney, who sued.

“They have to turn over stuff eventually,” Moore said.

3. Getting documents is just the beginning

In September, a CBS4 investigation showed that dead people were voting in Colorado.

The investigation started when reporters got ahold of a voter database and, with the help of some analysis work by NICAR, flagged 120 instances of possible fraud.

But just spotting the red flags wasn’t enough. Reporters then had to check out every one of those cases, through traditional, knocking-on-doors reporting.

In one case, Ackerman said, they found a woman who shared the same name, birthday and zip code as a woman who had died. No fraud there.

But not all cases had reasonable explanations.

“The total number of actual voter fraud is small,” Maass said, “but it does exist, and it subverts democracy.”

Before they went to air, CBS4 approached state election officials with what they had found. Instead of stonewalling them, the officials responded quickly – and even verified many of their results.