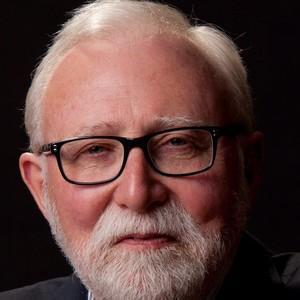 UPDATE: IRE will have a special remembrance of Mike McGraw during the national IRE conference June 14-17 in Orlando.

Mike McGraw was an exemplary investigative journalist, an inspiring teacher, a strong defender of those exploited and ignored, and a colleague who not only celebrated his fellow reporters’ best work, but also appreciated their foibles.

Mike passed away Saturday after battling cancer. He was 69. The Pulitzer Prize-winning investigative reporter was remembered in an obituary in the Kansas City Star, where he retired in 2014 after a 30-year career in journalism.

Mike is known for his many awards, his unceasing curiosity, his constant wise counsel to other journalists, and his patience in hearing out anyone’s grievance. He also gave three decades of devoted service to Investigative Reporters and Editors as a board member, speaker, mentor and as its ever-abiding conscience.

For his newsroom colleagues, it was a privilege to work with Mike: to learn from him, to agonize over doing the right thing, to struggle to write the truest story possible, and then take the heat with him for telling the truth. Through it all, Mike brought a humble and compassionate approach to his journalism and a humanity that his colleagues hoped to emulate. He also brought humor and joy every day to what often is a very tough job.

Time and again, we have met another journalist who recounted the excitement in talking reporting with Mike, taking a class from him or collaborating with him on a project. And then there are all the people whom Mike helped and uplifted with his investigations.

In the coming days, they will share their stories and often surprise and impress us with the breadth and depth of Mike’s journalism, his friendships and his kindness.

We hope that their stories and admiration of Mike will provide comfort to his colleagues, his friends, his wife Ruth, his sons Andy and John and all of his family.

Brant Houston is a former executive director of IRE. He now works as Knight chair in investigative reporting at the University of Illinois at Urbana-Champaign.