Behind the Story: Disproportionate lending by race discovered with data 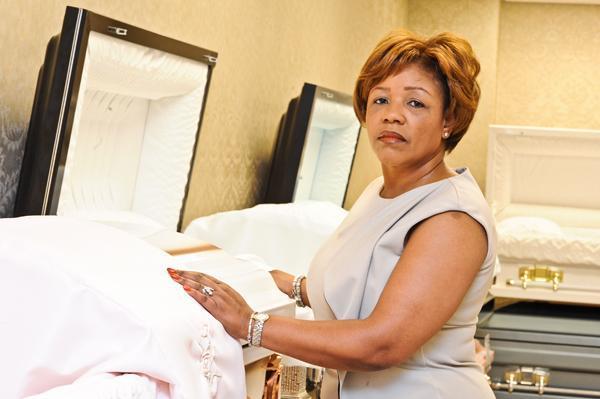 It’s one thing to say African American entrepreneurs are recovering from the economic downturn slower than white entrepreneurs, it’s another to explain why.

That’s what Washington Business Journal reporter Bryant Switzky did using a database from the Small Business Administration and other datasets related to the Community Reinvestment Act.

“The thing that struck me was that no one in the community or SBA had a good explanation as to why this happened,” Switzky said. “So I did a FOIA for a full database of all publically available SBA data going back 20 years.”

It took a couple of months of prodding the SBA, but eventually Switzky obtained about 80 columns worth of data about each individual approved loan in the Washington, D.C., Northern Virginia and Maryland area. The data included fields such as business name, number of employees, employee growth, gender, race and whether the company was still making payments or in default.

With the text file he was able to run “hundreds of queries” in Excel and Access. But to understand all of the columns he worked with an SBA staff member who was willing to help.

“I think if I had said, hey I am writing a story about this scandalous decline in minority lending they would have responded differently,” he said.

Using this data, which was fairly clean, Switzky was able to find some trends.

Nearly 44 percent of the 2,408 SBA loans disbursed to local black-owned businesses between 2003 and 2008 have defaulted, meaning they’ve either been written off as a loss or are in liquidation. The default rate of nonblack borrowers in that time was 25 percent.

The number of SBA loans made to black-owned businesses in fiscal 2011 was down 87 percent from 2007. The dollar amount lent to blacks plunged 71 percent, even as lending to other major ethnic groups was beginning to rebound. Blacks now get a smaller slice of local loans than Hispanics do, even though blacks outnumber them locally almost 2-to-1.

He also drew from reports and experts to explain why this might be happening.

An inspector general’s report about Community Express, an SBA lending program, said that the prominent lenders of the program disregarded borrowers’ business plans and instead doled out loans based on credit scores.

This resulted in many borrowers receiving 20 to 80 percent less money than they requested, Switzky wrote. Lack of capital often hurt the business and caused the borrower to default on the loan, which further hurt the borrower’s credit score. The report also explained that lenders had financial incentives to lend small amounts.

To further explain what the numbers meant, Switzky interviewed Ken Cavalluzzo, who had written academic papers about business and race while teaching at Georgetown University. Switzky preferred this method to citing all of the academic research.

“If nobody can get through your story, it’s not going to have nearly as much of an impact as if you dial back the numbers a little and make it easier to read,” Switzky said.

To bring the data to life, Switzky also had to find someone to tell the story.

Using the SBA database, he honed in on Innovative Bank because many of its borrowers had defaulted on loans. He ran a query on the list of businesses that had borrowed from Innovative Bank to find a source. The database didn’t list business owners’ names or contact information so Switzky had to rely on multiple websites to track down this information.

He went through dozens of businesses, but because most of the businesses weren’t operating anymore their phone numbers didn’t work.

“The people I was able to find, they didn’t really want to talk to me,” he said. “They were mad as hell about what had happened to them but not mad enough to go on the record cause they thought it would be bad for their business.”

“I called her, and she answers, and lo and behold she was willing to talk to me,” he said.

Cracking open the lending patterns in the SBA wasn’t enough for Switzky, he also wanted to give his readers a broad look.

For Washington D.C. and 11 neighboring counties, Switzky found the number of loans made in each census tract. He used the Community Reinvestment Act data from the Federal Financial Institutions Examination Council’s website to do this. The information came in PDF format and he used Zamzar to convert the data into a text file. For more information on this process please see Switzky's Uplink article.

At this point, Switzky had the number of loans per tract but still needed demographics. After speaking with a statistician and poking around a bit, he found another part of the website that listed demographics for each census tract. To find this, first select the region, then on the following webpage click "get census demographic" to find ethnicity information by tract.

Once he had the information in text format, he put it in Excel and used the VLOOKUP function to move specific demographic information from one worksheet to the loans worksheet by the census tract number or “unique identifier.”

Switzky worked with the data on his own but also had Ph.D. candidate Maurice Champagne from George Mason University run regression analyses on the data. Champagne gave Switzky a 30-page report, but Switzky ended up reporting just a few straightforward results.

“Not that it is surprising, but it is pretty dramatic to see the magnitude of the difference,” he said.

Finding people willing to speak about race was also challenging.

“It’s an area that makes a lot of people uncomfortable to talk about, racial stuff,” he said. “People are weary to speak candidly about these issues.”