Behind the Story: How a reporter peered inside one of the world’s most powerful chemical companies 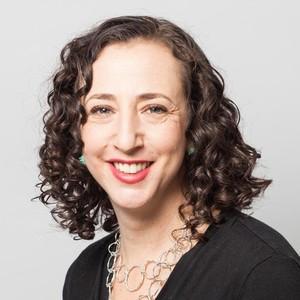 A single email from a governor, agency head or low-level bureaucrat can crack open a story, thanks to freedom of information laws.

But if a reporter knows where to look, she can also find a trove of internal documents from some of the world’s biggest corporations, including emails, memos, meeting minutes and even flow charts.

That’s how Mariah Blake, a Murrey Marder Nieman Fellow in Watchdog Journalism at Harvard University, pieced together “Welcome to Beautiful Parkersburg, West Virginia.” Her seven-chapter investigation, assembled over five months and published on Huffington Post Highline, exposed how DuPont poisoned a slice of Appalachia — and how regulators let it happen.

Court documents were Blake’s first stop. Fresh off a series for Mother Jones on BPA-free plastics, she was doing research for a book proposal on the plastics industry’s efforts to undercut potential regulations. In the process, she found a series of lawsuits around C8, a chemical used to make teflon, and the corrosive health problems it casued the people who lived around DuPont's West Virginia chemcial factory.

By the time Blake started reporting, DuPont had already reached a $16.5 million settlement with the Environmental Protection Agency, the largest fine in EPA history, over charges that the company had suppressed internal evidence that C8 was harmful. It also settled an 80,000-person class action lawsuit, and about 3,500 individual liability lawsuits were still pending against the chemicals giant.

Subpoenas from all that litigation yielded hundreds of thousands of internal DuPont documents, including emails from executives and memos from researchers. The plaintiffs’ lawyers attached hundreds of those documents to trial motions, making them public records; Blake got access to the files using PACER. The rest, though, remained out of reach.

The court documents revealed DuPont officials hid evidence that C8 was harmful and concealed its presence in the region’s water supply.

In 1981, after industry data suggested a link between birth defects in rats' eyes and in utero exposure to C8, DuPont began monitoring 50 female factory workers who handled the chemical, Blake wrote. The company took blood samples and had the women fill out questionnaires, telling them it was part of a routine medical exam. Researchers abandoned the study after two of the nine pregnant workers gave birth to children with eye deformities; the rate of birth defects in the general population is about two in 1,000. Less than a year later, the company presented the EPA with different data on C8 that showed no link to deformities.

In 1984, DuPont employees began testing water collected from gas stations near the company’s West Virginia plant. They found C8 in samples from two nearby towns, but the company didn’t notify the public. Executives considered new measures to keep C8 from leeching into the environment, Blake wrote, but they abandoned the idea after concluding it wouldn’t reduce the company’s liability.

“I was just completely blown away” by those documents, Blake said. “They’re just incredibly revealing and incredibly damning.”

Blake wanted to know what was in the other DuPont documents, but without help from the attorneys of the victims — who declined to work with her because their cases were still in court — she wasn’t sure how to get her hands on them. The documents made public during the trial gave her a “very rough sketch,” she said, enough to begin assembling a timeline that stretched decades.

The court documents also helped her scope out sources — a delicate task in a region whose scant economic opportunities have allowed DuPont to amass wide influence.

“A lot of them suspected I worked for DuPont,” Blake said. “They also didn’t want to talk in public places, some of them. They didn’t want to be seen talking with me.”

In private, though, most of them were eager to tell their story to someone who would listen. Many of the people who had led the legal fight against DuPont faced backlash from the community; friends stopped talking to them, Blake wrote, and one family’s house was littered with water bottles carrying homemade “C8” labels.

“Everybody had a connection to DuPont,” Blake said. “And many of them, even those who had been hurt by the company, felt very loyal to the company.”

One man, whose mother was pregnant when DuPont assigned her to funnel C8 waste into storage pits, didn't blame the company for being born with half a nose and a misshapen eye — until he attended a town hall on the class-action lawsuit against DuPont, where he met others suffering from health problems. Another man, who tested C8 in the 1980s, had to have his colon removed. Still, he considered himself lucky, Blake wrote. He’s the only C8 tester who’s still alive.

It wasn’t until Blake asked around among her sources — and after her editor had started asking for drafts — that she realized she might find the rest of DuPont’s subpoenaed documents at the EPA, still on file from the record-setting settlement case. She checked, and there they were: more than 4,000 pages, all public records.

Some of the files were available online. But to get the full picture, she had to travel to the EPA Docket Center’s reading room in Washington, D.C. She spent days there, sorting through files whose numbers didn’t match, looking for names that had sometimes changed

That process was made infinitely easier, Blake said, by soliciting the help of the docket center’s staff. One of the women who worked there remembered an old name for C8, which helped her track down more files.

“It was only because she had a recollection of the case, from having been there a long time, that she was able to find the documents,” Blake said. “If it weren’t for them being as helpful as they were, I would not have been able to locate the documents.”

Although the story’s broad contours were already sketched out in the court filings, the EPA documents added some important texture, Blake said. For instance, she discovered DuPont had hired the the Weinberg Group, the consultants that tobacco companies had used to cast doubt on medical evidence of smoking’s harms, to do the same thing with C8. “I only got the documents to prove that at the very last minute,” she said.

Ultimately, Blake said, her story was feasible because it was retrospective. It wouldn’t have been possible without the documents gleaned from the legal process.

“These attorneys have done this incredible work, they spent the last 16 years piecing together this story out of millions of pages of documents,” she said. They “had really taken advantage of the public docket system to put other documents, that wouldn’t have otherwise been in the public record, into the public record.”

Now that the story’s published, Blake said, it’s like the community has awakened to what was always in their midst.

“That’s the part of this that’s been most rewarding to me, that it’s changing the dynamics in the community and the people who had been shunned for standing up to DuPont are now being recognized.”

As part of the lawsuit settlement, DuPont agreed to clean up water supplies where C8 contamination met a certain threshold. The company also funded a $30 million study of C8’s health effects in people, which in 2012 linked the chemical to six illnesses: testicular cancer, thyroid disease, kidney cancer, ulcerative colitis, high cholesterol, and pregnancy-induced hypertension, which can lead to other long-term problems for the mother and child. Thousands of people living around DuPont’s West Virginia chemical plant claim they suffer from at least one of those conditions, and they're suing DuPont to recover damages. Some blame the chemical for even more diseases. 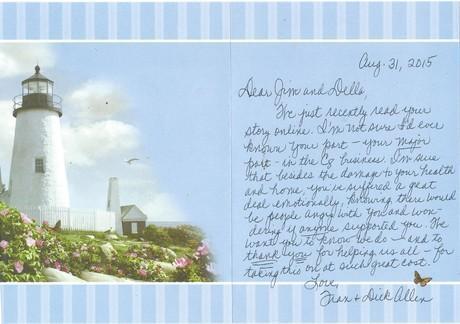 A postcard sent to Jim and Della Tennant, who helped lead the legal fight against DuPont after discovering the company dumped C8 into a creek running through their farm. Image courtesy of Mariah Blake. (View full size).

It can be difficult to get people interested in chemical regulations, Blake said. This story illustrates what’s at stake.

An analysis of blood banks across the globe has revealed C8 in nearly all samples, Blake wrote. The sole exception is an archived sample of blood taken from Korean War veterans before 1952.

“The thing that really, really struck me when I was reporting this story was how many factors had to align in order for DuPont to be held somewhat accountable,” she said. “I mean, in the end they might not be held accountable. But that is very much a result of the way we regulate toxic chemicals in this country.”