Behind the story: How the Asbury Park Press investigated bad cops and secret settlements 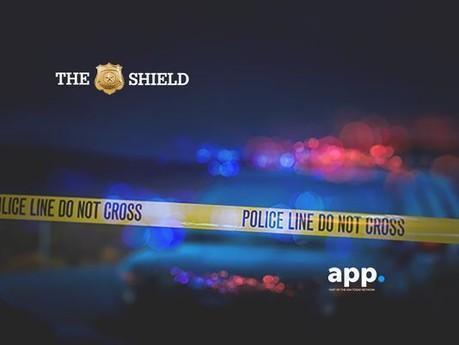 From 2010 to the beginning of 2018, New Jersey municipalities spent over $42 million to cover up deaths, physical injuries and sexual abuses, all at the hands of police officers. One of six states without a police licensing system, New Jersey keeps details of its internal affairs investigations secret and, until recently, did not mandate random drug testing for police officers.

Enter the Asbury Park Press. The paper assembled a team from across the newspaper to dig into the state’s flawed policing system. The result, a 19-part series titled "Protecting the Shield," included an interview with a killer cop, recommended fixes for the state’s police system and uncovered a pervasive system of secret settlements that cost taxpayers millions.

In multiple interviews with IRE, Ford discussed the team’s findings, the genesis of the project and tips for reporters who want to tackle similarly-sized projects. The following conversation has been edited for length and clarity.

How did this project come about?

I’ve covered the cops beat for about six years — three years here at the Asbury Park Press — and there were some suspicious or curious things that we noticed popping up on the cops beat. It sort of snowballed and, at some point, an editor felt that we had enough issues going on that it warranted taking a closer look.

For example, back in about May 2015 I came across this officer who was found to be using drugs. He had been kind of quietly let go from his department through this separation agreement, and so this prompted some questions: What are these separation agreements? How many of these can we get our hands on? What is drug testing like in these departments?

In June 2015, an officer fatally shot his ex-wife. We soon learned that there was a history of trouble between the couple, and we gradually pieced together more and more of that history.

In January 2016, a police captain out here crashed his car and was killed. I found out he was intoxicated and on drugs at the time.

And then there were a few whistleblower lawsuits along the way. In one town, Tinton Falls, we found $1.1 million paid out to two officers who alleged they had been retaliated against after trying to expose wrongdoing in their department. So, it was a series of beat coverage that prompted a larger investigative effort.

Could you talk a bit about Philip Seidle? What was the importance of getting that interview?

Philip Seidle was a Neptune Township police sergeant who fatally shot his ex-wife. It was the biggest local news event that has happened here in my time at the Asbury Park Press, so we thoroughly covered it the day it happened and in the following weeks and months. We covered developments in the criminal case against him and some policy changes that were made after a review of that incident was done by the Monmouth County Prosecutor's Office. So he was a guy who we had written a lot about, but we hadn’t heard his side of the story. So I wrote him a letter in April 2017. He was wary of me at first, but I made the commitment to take the time to hear him out.

We exchanged a few letters and I had him create a timeline of his life. Things were pretty complicated, and I wanted to get his version of who he is, where he comes from, and how all this happened. He sketched all of this out for me in a 27-page letter. Then I could go about verifying it or questioning it or looking deeper into his version of events.

Seidle is currently serving a 30-year prison sentence. The prison where he's being held did not grant my request to come interview him, saying that some members of the victim's family were opposed to it. So, we had to communicate through letters and eventually through a service similar to email. He provided documents that officials wouldn't provide. For example, he gave me some restraining orders that he and his ex-wife filed against each other. The county court denied my request for those records. Other records I got from officials, like police incident reports naming him, his wife and his mistress.

We created a spreadsheet of the separation agreements and found some 68 officers who had faced discipline but were allowed to quietly resign, in the process taking home $700,000 in taxpayer funds.

So, I had his narrative through our correspondence and I had all these documents and eventually I was able to get him on the phone. There was sort of a complicated process with adding my number to his approved call list. There's only a narrow window when inmates are allowed to do that. I think we missed the window, so we had to figure out some other way. Seidle frequently calls his one-time mistress. I went to her home and got on some of the calls, recording them with his consent for videos we later put together.

I checked his story against official records and interviews with law enforcement officials. The piece detailed the signs of trouble that were long known to Seidle’s colleagues and superiors before he fatally shot his ex-wife.

You received around 30,000 documents from public records requests for this series. What were some of the challenges in organizing all of those?

One of the hardest parts was just receiving all these emails from different municipal clerks and sorting them into folders, keeping things organized and checking off on our tracking spreadsheet that we’d gotten responses.

And then, of course, manually entering all this information. We created a spreadsheet of the separation agreements and found some 68 officers who had faced discipline but were allowed to quietly resign, in the process taking home $700,000 in taxpayer funds. Now those are benefits they would have received if they’d  retired honorably, things like compensation for unused sick or vacation days. We found at least three officers who moved on to other careers in law enforcement after they entered into one of these agreements. Often the town would agree to obscure the officer’s history of discipline from future employers and provide only a neutral reference. We made similar databases on department drug testing policies and, of course, the lawsuits.

Did you have to work around any major redactions?

There were some pretty heavily redacted lawsuits and settlements. From the portions that I worked on, some of the bigger denials would have been the documents associated with Phil Seidle. I did manage to find some of Seidle’s personnel documents that normally would not be releasable under our public records law. I found those attached to lawsuits and that, I think, was sort of a novel breakthrough. In New Jersey, you can’t get a police officer’s personnel records or criminal investigatory records, but I found some of these documents attached to lawsuits against some officers. Our paper is suing to reveal Seidle’s internal affairs file.

What has the reaction to the story been in New Jersey?

After our story published, we reached out to state legislators to see what they might do about this and got some commitments to pursue some change. I brought a republican and a democrat to a public panel discussion and we streamed it on Facebook Live to address some of these issues.

Probably the most exciting development is that the state attorney general announced two big changes following our reporting. In an interview he said our work shined a light on issues the public should be aware of. He implemented mandatory random drug testing for all police officers in the state and early warning systems whereby if an officer hits one of 14 criteria three times in a year they are flagged for remedial help within their department. There's also a notification to the county prosecutor's office, so there's a degree of outside oversight.

Do you have any tips for other reporters tackling a project of this size?

When it comes to filing records requests, particularly if you have a lot, try to do it all by email. If you have to do things by mail, scan and OCR (optical character recognition) those documents. It just keeps things more organized and eventually you end up with a nice, searchable database of documents. Don't let things pile up. When replies and time-sensitive questions are coming back, don't ignore those; get to them the same day if you can.

Shared spreadsheets are very helpful. We used Microsoft OneDrive so we could create Excel spreadsheets that a bunch of people could access. That's helpful for keeping track of the status of requests, as well as logging data when you're finally looking through documents. Keep a running Word document with the best anecdotes and quotes for when you actually sit down to write.

I'd also recommend calling everyone who is involved in a story, even if you think they won't talk to you. Sometimes you'll find that if you actually call them up and treat them fairly, they may talk to you.

Work together. This project was a huge undertaking and our team couldn’t have done it without collaborating, sharing ideas and sharing the tasks of collecting records and interviews.

Above all, report fearlessly and fairly. Be diligent in fact checking. The method I use is to print everything out and go through it with a red pen. I look at every fact in the story and go back to the original source of that information, whether it’s notes from an interview or some document, and I check off each fact in the story.