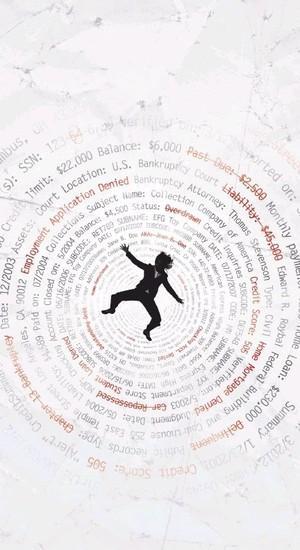 Courtesy of The Columbus Dispatch

When Jill Riepenhoff and Mike Wagner began researching credit report errors in 2010, virtually everyone they spoke with knew someone who had been affected.  Although the industry lacks an official outlet for consumers to dispute credit claims, the reporters’ nationwide FOIA requests returned nearly 28,000 files from the Federal Trade Commission and an additional 2,000 files from attorneys general in 24 states.  In 2012, they began using the data to create their “Credit Scars” series for The Columbus Dispatch.

After receiving the initial 28,000 complaint files from the FTC, Riepenhoff and Wagner uploaded the files to DocumentCloud.  “Only about 50 percent of the documents were searchable,” Riepenhoff says.  She and Wagner spent two months creating separate databases for state and federal data.

To obtain the state data, Riepenhoff and Wagner researched each state’s laws prior to contacting them using the  Reporters Committee for Freedom of the Press’s Open Government Guide as a reference.  They found that some states did not consider the information public record.  In states that complied with the FOIA requests, the reporters faced enormous costs to obtain the documents.  Many states requested at least $1.00 a page for copies, but Riepenhoff and Wagner were able to get lower prices or narrow their requests in the 24 states that provided records.  In the case of at least one state, the attorney general simply refused to hand over records.

The stories behind the data were easier to find.  “There was a good chunk of people who were dying to talk,” Wagner says.  State records provided names and addresses for some sources.  Riepenhoff and Wagner also used Westlaw and PACER.gov to search for lawsuits related to violations of the Fair Credit Reporting Act.  Wagner believes the true stories of consumer complaints show the obvious need for more regulation.  In one case, identity theft that started when the victim was still a child continues to disrupt her life now at the age of 39.  In another case, a credit report error lead to a woman being falsely-charged as a terrorist.  She spent five years disputing the charges.

Riepenhoff was aware of how complicated credit disputes could be.  Before speaking with the bureaus, she decided to read a 662 page manual by the National Consumer Law Center called “Fair Debt Collection.”   “We also relied heavily on NCLC’s manual on the Fair Credit Reporting Act, which is twice as long as the one on debt collection,” she says.  “We had enormous credibility that helped us break down barriers.”

“Other data sources we used for the first series in May were ‘Data breaches’ logged by the Privacy Rights Clearinghouse. The nonprofit in California tracks data losses across the country and keeps a nice, tidy and downloadable tally on its website,” she says.

Riepenhoff and Wagner’s primary concern with their investigation is that the data is only available in the form of consumer complaints.  “I wish there was a better source that could say x% of reports have errors,” Riepenhoff says.  After speaking with many victims, Wagner was also frustrated by the lack of public awareness they discovered.  Despite the availability of annual free credit reports, they found that many consumers only discovered errors after applying for credit lines.  “We’ve done everything we can to publicize this,” he says, but he and Riepenhoff want more to be done.

“We all believe that companies and people, everybody, is going to do the right thing if we just pick up the phone and do something,” Riepenhoff says.  However, the credit complaints records have shown that this is not the case.  Riepenhoff and Wagner believe part of the problem is that until recently there was a lack of political involvement.  “Consumers have absolutely no outlet to dispute credit claims,” Riepenhoff says.  She and Wagner hope their reporting will convince lawmakers and consumers to change that.