Behind The Story: Mother Jones and the 47 percent 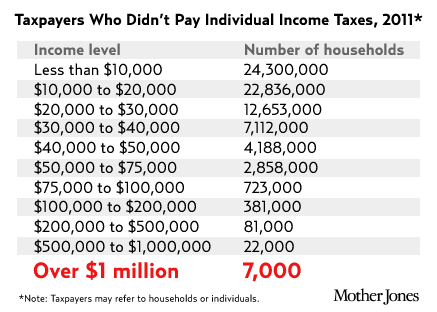 Mother Jones magazine shook up the presidential campaign on Monday when it released a video it obtained of Republican candidate Mitt Romney speaking at a private fundraiser. The  video included the following comment from Romney, which many have taken issue with:

"There are 47 percent of the people who will vote for the president no matter what. All right, there are 47 percent who are with him, who are dependent upon government, who believe that they are victims, who believe the government has a responsibility to care for them, who believe that they are entitled to health care, to food, to housing, to you-name-it. That that's an entitlement. And the government should give it to them. And they will vote for this president no matter what…These are people who pay no income tax."

After releasing the video, the crew at Mother Jones wasn’t done. The next day, Mother Jones published this series of charts explaining just who comprises the 47 percent mentioned by Romney.

Tasneem Raja, Interactive Editor at Mother Jones, shared insight with IRE about how they put together their next-day story.

They knew early on that they’d need to report further on the 47 percent. Editors at the magazine had sent out staff emails prompting further reporting – who were the 47 percent? The elderly? College students?

“After our videos were published, it became clear that Romney’s assertions on who comprises the supposed 47 percent needed a serious fact check,” Raja said. 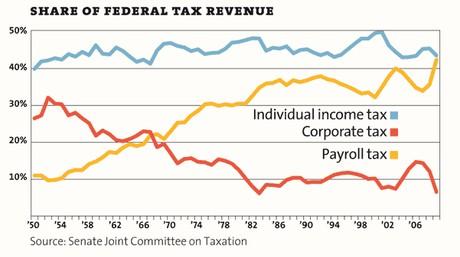 The first step was coming up with an idea.

“Thanks to work we've done on our own Choose Your Own Adventures storytelling framework, as well as laying down infrastructure re: newsroom-wide training on Google Charts API, Timeline.js, and Google Fusion, we had options,” Raja wrote to the NICAR Listserv. “News quiz? Timeline? Charts roundup? Seemed possible to deploy any of these in a matter of a few hours thanks to close-knit collaboration across our editorial + hacker-journo types that we've been building on over the last year.”

They first thought to do an interactive news quiz, like when they tackled Rep. Todd Akin’s comments regarding “legitimate rape” and unwanted pregnancy with the interactive quiz “Can I get Pregnant?”

They couldn’t quite figure out how to frame a news quiz around the 47 percent, though, Raja said.

With a tight deadline – their coverage was leading the news cycle – they decided to apply the same concept of “you might be the 47 percent” to a series of charts, inspired by a roundup of charts they did regarding the income gap. Some of them were aggregated from other news sources, some Mother Jones produced. Once the idea was in place, four staffers worked a total of about 14 hours between 11 a.m. and the time the piece was published after 3 p.m. It started with a Google spreadsheet, which they shared across the staff, which is typical on a collaborative project.

They then started digging through the research: they found pieces in The Atlantic, Reuters and The Washington Post. They went to the Tax Policy Center, The Center on Budget and Policy Priorities, The Tax Foundation and directly to the Social Security Administration and Internal Revenue Service.

“It certainly helped that we already look at this stuff every day,” Raja said, pointing out that they already knew which tax policy center reports to call up and where to look in them. She said the topic was “right in Mother Jones’ wheelhouse.”

Once the research was done, the presentation was the easy part, Raja said, thanks to a script known as tabletop.js, which allows programs and web frameworks to pull data out of Google spreadsheets.

Using tabletop.js they published directly from the spreadsheet to the format seen on the web. Even when a chart is published, Google spreadsheets updates it whenever there is a change to the underlying data.

The end result was a mash-up of original reporting and aggregation that Raja said generated traffic and provided worthwhile context on deadline.

I always like to share thoughts on how we could have done better,” Raja told NICAR’s Listserv. “Two things come to mind: