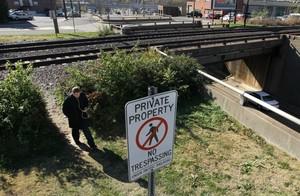 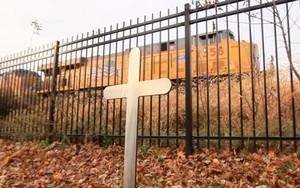 In December, the St. Louis Post-Dispatch released Death on the Rails, a special report on the surprising number of pedestrian deaths that have occurred on railways.  Reporter Todd Frankel explains how he cross-referenced databases and resources to build his own map of the accidents, which he used to further investigate ”hot spots” of pedestrian death and injury.

You began investigating for the series after a pedestrian fatality in June.  What inspired you to look into these rail-related accidents?  Did you expect to discover so many when you started your investigation?

It didn't start as a project. Far from it. A 14-year-old kid -- Cameron Vennard-- was hit by an Amtrak train in a St. Louis suburb on May 30, 2012. I went out to do a second-day story about the incident, and in talking with folks it was clear that walking on the tracks was something everyone did there. I was surprised. So it wasn't some aberration that this kid was on the tracks. He was just the unlucky one who got hit. A couple days later, I got curious and looked in our archives. Turns out a 13-year-old kid had been hit years before in the same town. They went to the same middle school. I found other articles about people in the St. Louis area dying on the tracks. Then, I got a phone call from someone who told me about the Federal Railroad Administration's database listing these accidents.

One thing led to another, and it began to snowball. We looked around and discovered that no one had really delved into these railroad pedestrian accidents before. Railroad crossing accidents had been written about extensively, such as the big New York Times investigation a few years ago. Mass casualty incidents -- like the 2008 Chatsworth train collision that killed 25 -- had gotten lots of attention.

But all of these stories were silent on the issue of pedestrians getting hit by trains. And, to our surprise, it turns out that these pedestrian accidents were, in fact, in the bigger problem. They were the leading cause of death on the RR. One source called these deaths "private tragedies" because they seemed to get so little attention, slip below the radar of outrage. A train hitting a school bus, that gets lots of attention. But not when kids are dying one by one. Still, these deaths added up.

Which documents and data were crucial to this story?  How did you obtain them?

The FRA maintains a good series of databases on its website. They are hard to navigate at first, but then you learn what you're looking for, learn the industry and regulatory lingo. For this series, I was focused on a form called FRA F 6180.55a. The National Response Center maintains another database that captures some of the trespassing/railroad accidents. More details were contained in coroner/medical examiner reports and police reports. So once I identified a case I wanted to know more about, I had to request those documents from far-flung jurisdictions. Most of the time it wasn't too cumbersome.
I read through dozens of depositions and court transcripts of railroad workers involved in pedestrian railroad accidents across the country. Sometimes the courts had the documents online. But most often I called attorneys and kindly requested/begged they share their depositions and transcriptions with me. There were also railroad documents in the court files. I read pretty much all the academic/regulatory research on the topic, some of it published by the John A. Volpe National Transportation Systems Center and the National Academies' Transportation Research Board. I could go on and on. I clearly over-reported. But it made me comfortable with the story.

One thing is that talking to people was crucial in finding these documents. Yes, lots of stuff is online. But it's hard to find. Google doesn't cut it. Lots of chaff before the wheat. And lots of the good stuff is not online. (The horror!) But people who have looked at these cases -- regulators, attorneys, workers, academics, experts -- knew where the best documents were and how to find them. And some of the stuff I stumbled on, too.

What tools did you use to organize and analyze the data? How did they help in your reporting?

Organization was tough. I used Google documents to house most of this. I created spreadsheets listing everyone I interviewed or hoped to interview. Each entry had links to documents where I'd transcribed interviews/notes. I analyzed lots of data using spreadsheets too. One thing that was nice about all this was the ability to search for keywords.

The difficult part was trying to affix locations to the pedestrian railroad deaths. That was one of the main points of the series: Regulators didn't know where these had occurred historically beyond the county name. And railroads fought efforts to require precise GPS coordinates. It would be like having deaths at railroad crossings but only telling which county the accidents occurred in, not which crossing. So I spent lots of time triangulating the accidents using the FRA database, the NRC database, media reports and police reports. This paid off in being able to point out that a single stretch of RR tracks in the St. Louis metro area had seen at least 10 deaths, or that a 1.5-mile stretch in suburban Maryland had seen 4 deaths in less than 3 years. That hadn't been done before.

How did you use the databases and reports to triangulate the positions of the railway accidents?

An example that shows how it worked: I wrote about a 22-year-old mother killed, her 4-year-old son injured, when they were caught on a trestle.

The railroad reported to federal regulators only a few data points -- in terms of location, only the county where it occurred. So I'm trying to pinpoint these. But all I get from the FRA is "St. Louis County" and Amtrak. Well, that's not very specific. (You can understand why trespassing seems like an impossible problem if all locations seem equally vulnerable. But, of course, they are not. There are “hot spots.”) The National Response Center also gets immediate reports of many but not all railroad accidents, whether they are oil spills (their real purpose) or deaths. In this case at least, there was  a record. This gave better geographical data: railroad milepost (MP 30) and incident location (1401 Kiefer Creek, Valley Park, Mo). But it's not perfect. You need a railroad milepost map to find the marker, and the FRA has one, but they tended to be good but iffy data points (Also, they were rarely broken down to tenths of a mile). And the incident address turned out to be the mailing address for the state park where this happened -- which is fine, considering these reports are supposed to be filed within hours of the incident.

So …. there were media reports from when this happened. Again, they were news stories, not detailed treasure hunt maps. To find out where this happened I went to the state park, went to the wrong trestle at first (there was no creek beneath it, a detail from the news stories and lawsuit) --- and then finally found the correct trestle. Now, it was hard for me to find. But we saw people walking on the trestle all the time. There was a clear path leading to the trestle. It was no secret.

A process like this was repeated again and again. The 4 deaths in 1.5-miles in suburban Maryland were indicated to some degree in police reports, but only became pinpoint apparent through interviews and visiting the sites, to see where people could actually cross. In one case, the police report gave a one-block parameter of where the death occurred. When I went there, you could see a clear path across the tracks -- one used by people several times when we were there.

So it was a combination of everything.

Oh -- and I forgot to mention, but the interactive map on the project landing page was done by Jeremy Kohler, an investigative reporter here. It was done using the first GPS-plotted trespassing deaths and injuries from FRA data.

What are some setbacks you faced while investigating? How did you work around them?

The biggest challenge was delving into a subject that hadn't really been explored before. There was no ready list of experts or journals or papers. Also, the railroads and regulators preferred if I talked with their spokespeople. But one great resource -- a way around that -- were depositions and trial testimony, where folks talked openly about what was really going on. Also, academic journals and government studies were a good resource for learning what was going on.

What were the most interesting things you found that didn’t make it into the series?

There were at least 10 anecdotes or incidents that didn't make the cut. Like how one California town begged a freight railroad for help dealing with a shortcut across the tracks popular with school kids. Houses were on one side of the tracks, the school on the other, and the designated highway crossing a half-mile away. The town leaders wanted a pedestrian crossing. The railroad said no. Finally, the town paid to install a pedestrian crossing -- and to close another highway crossing. (The FRA is putting the railroads under pressure to close crossings, not open them. Which is fine if you're in a car and have to drive another mile. But it doesn't take into account the struggle for pedestrians.)

Also how Amtrak installed a fence along its tracks outside Baltimore, Md., after a girl was killed. Or how the case of another family caught on a train trestle was handled. Or a spot in New Mexico where many people were dying on the tracks.

Organization is key. It saved me plenty of work later on. Even still, there is a certain unavoidable messiness to this kind of reporting. My desk is littered with files and papers. Don't launch a big investigation, just be curious and launch a small one. This didn't start as something that was going to consume nearly half a year. I started thinking this would be a quick take-out on the issue. But each step along the way, when we re-evaluated where we were, we found something that justified pressing on.

I don't know. But the series points out how uncooperative the railroads have been with regulators on the issue of pedestrian casualty locations. Also, the series points out that while there are regulations for handling dangerous highway-rail crossings, there are no similar rules for contending with trespassing/pedestrian "hot spots." The series shows how the potential dangers remain at locations where others have died. Maybe something can be done about that. And the series raises the profile of these "private tragedies" -- deaths that add up to be a considerable danger.
In the early 1970s, new laws and funding were dedicated to improving the safety of highway rail-crossings with automatic lights and gates.

Todd Frankel can be reached via email at tfrankel@post-dispatch.com or via twitter @tcfrankel.