Behind the Story: The cost of sugar supports 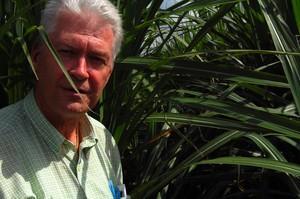 In a recent piece for the Florida Center for Investigative Reporting, Amy Green reports on the cost of sugar supports to American taxpayers.  She is currently working on a book about the Florida Everglades, which will explore political and environmental impacts on the area.

When Amy Green, a native Floridian, thinks of the Florida Everglades, she sees a different side of Florida.  “The Miami International Airport was once underwater,” she says.  She’s been considering this and other political, economic, and environmental impacts of draining the Everglades since at least 2010.

Through this research, Green became interested in the Everglades Agricultural Area.   Her reporting has shown that Americans pay $2 billion in increased food prices every year as a result of the inflated price of sugar.  “There has been a lot of tension between environmentalists and sugar growers in South Florida,” she says.  “But we don’t realize the way food policy has affected all Americans.” 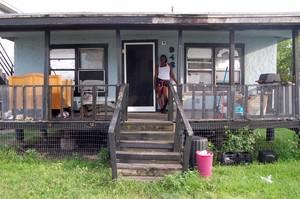 She first heard of Rick Roth, the sugar grower in her article, from a contact at Florida Atlantic University.  Because sugar growers have been portrayed negatively in the past, Green hoped to find someone for her reporting who would give her a different perspective on the issue.  “The more people you talk to, the more truth you’re going to get,” she says.

She recommends other reporters keep an open mind when reporting on similar subjects. “When you’re at the beginning of a project, don’t go into it with any preconceived notions. What you discover will surprise you,” she says.  During an interview, Roth said that sugar cane was actually less harmful to the Florida Everglades than other crops.   “I think that would be surprising to a lot of people.  So often sugar growers are just vilified,” she says.  Although she admits other groups would probably dispute that claim, she believes it demonstrates the complexity of the issue.

Managing the Data
Green used the Center for Responsive Politics at opensecrets.org to find information for her report.  She says she didn’t use technology to sift through the data though.  “I do it the old-fashioned way.  I’m a big printer,” Green says.  She keeps her work in a file folder so she will always have the ability to scan the papers, highlight, and take notes.

Setbacks
Green says her biggest problem has been finding funding for the project.  She has applied for and received support outside of commercial publications.  However, she sees her problem as common among journalists writing for commercial publications.
She received a fellowship from Florida Atlantic University’s Scripps-Howard Institute on Environment and Science.  She has also received assistance from United Arts of Central Florida. 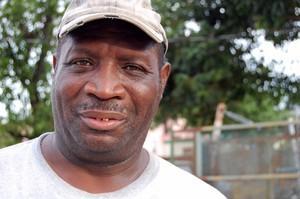 Results
While Green hopes her reporting will bring attention to the economic and environmental effects of sugar growing, she’s not sure how or if there should be a change.  “It’s such a complicated issue,” she says. She notes that Florida is a swing state in the middle of an election year.  “That pushes these issues to the forefront,” she says, “I’m glad I don’t have to make the decisions.”

1) Rick Roth is president of Roth Farms, a mid-sized sugar and vegetable farm in Belle Glade raising several thousand acres of sugar cane, radishes, lettuce, sweet corn, green beans and rice. Roth's father established the farm in 1948 after moving with his family from Ohio, but he didn't begin growing sugar cane until 1962. Eventually Roth plans to leave the farm to his son and two daughters.

2)  In Belle Glade and neighboring Pahokee the U.S. Census Bureau estimates the unemployment and poverty rates at 45 percent. In some neighborhoods whole families such as Keria Smith's live in seemingly uninhabitable dwellings.

4) Darren Bothers, 47, was born and raised in Belle Glade. He was a farm worker but quit two years ago when he was run over by a tractor and suffered a leg injury. Now he gets by on odd jobs. "It's hard for people," he says.