Getting to know Paula Lavigne of ESPN 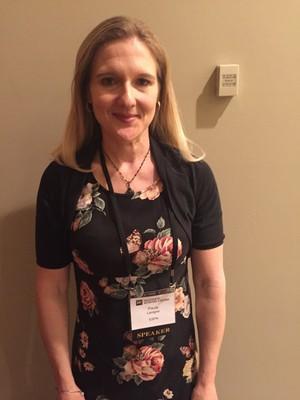 Maliik Obee: How did you get interested in investigative journalism?

Paula Lavigne: I’ve been interested in it ever since college. I was on the student paper at my university. I had some great mentors there. I saw it as a way to hold the powers that be accountable and to give people insight.

Q: What was it like interning for the Times-Picayune in New Orleans?

A: That was the best summer of my life. It was fascinating to work in New Orleans [pre-Katrina]. The crime there was incredible. Just the exposure to politics in the South, because the leaders of the internship made sure you were exposed to a lot of things.

Q: What was it like going from papers like The Des Moines Register and The News Tribune to ESPN?

A: It was the first job I had in broadcast and the first job I had in sports. The transition really wasn’t as difficult as one might think. The main reason I was hired is because [ESPN] was looking for someone who could do data analytics and data analysis for off-the-field stories. It’s been an interesting transition. I’ve had to learn the broadcast stuff by the seat of my pants. But it’s been good. I think I’m in a good spot now.

Q: How long did it take you to gather your data and information for the Baylor sexual assault story?

A: The Baylor story wasn’t really a data story, mainly because Baylor is a private school. We started gathering string on that story in the fall, and we are still actually in the process of getting records for that story. The records requests that we made were denied. We had to appeal to the attorney general’s office. That takes 45 days. They have not been very favorable to give me this information, so that’s actually a story we are still reporting.