How to break through the secrecy surrounding the death penalty 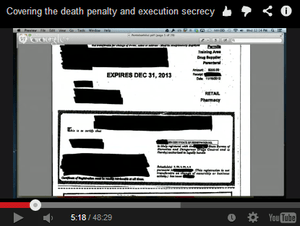 Here are four tips from the chat: