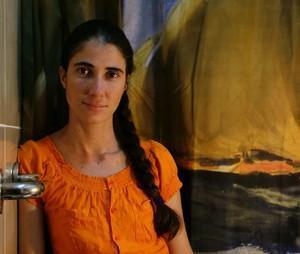 We're excited to announce that Yoani Sánchez, a Cuban journalist who has earned international fame and support for her courageous, independent reporting, will be a featured speaker at this year's IRE Conference in Philadelphia. Sanchez started as a blogger and now runs an independent media website, 14ymedio, Cuba’s first independent daily digital news outlet.
A University of Havana graduate in Philology, Sánchez emigrated to Switzerland in 2002 to build a new life for herself and her family. Two years later, she returned to Havana, promising herself to live there as a free person. In 2007, she began Generation Y, her personal blog about daily life in Cuba. She has been arrested and detained by the Cuban government for starting her activities.

In 2009 U.S. President Barack Obama wrote that her blog "provides the world a unique window into the realities of daily life in Cuba" and applauded her efforts to "empower fellow Cubans to express themselves through the use of technology." TIME magazine listed her as one of the World’s 100 Most Influential People, stating that "under the nose of a regime that has never tolerated dissent, Sánchez has practiced what paper-bound journalists in her country cannot: freedom of speech." Foreign Policy magazine has named her one of the Top 100 Global Thinkers.

In May of 2014, Sánchez combined her passion for journalism and digital media to launch 14ymedio, Cuba's first independent daily digital news outlet. It serves as a fresh voice in the island, with exclusive national news, highlighting not only political and economic developments but also social and cultural activities.

She has received much international recognition for her work, including the Ortega y Gasset Prize, Spain’s highest award for digital journalism; the Maria Moors Cabot Prize from Columbia University; the World Press Freedom Hero Award from the International Press Institute; and the Prince Claus Award from the Netherlands.

Sánchez is currently the Yahoo! Fellow at Georgetown University in Washington, DC.