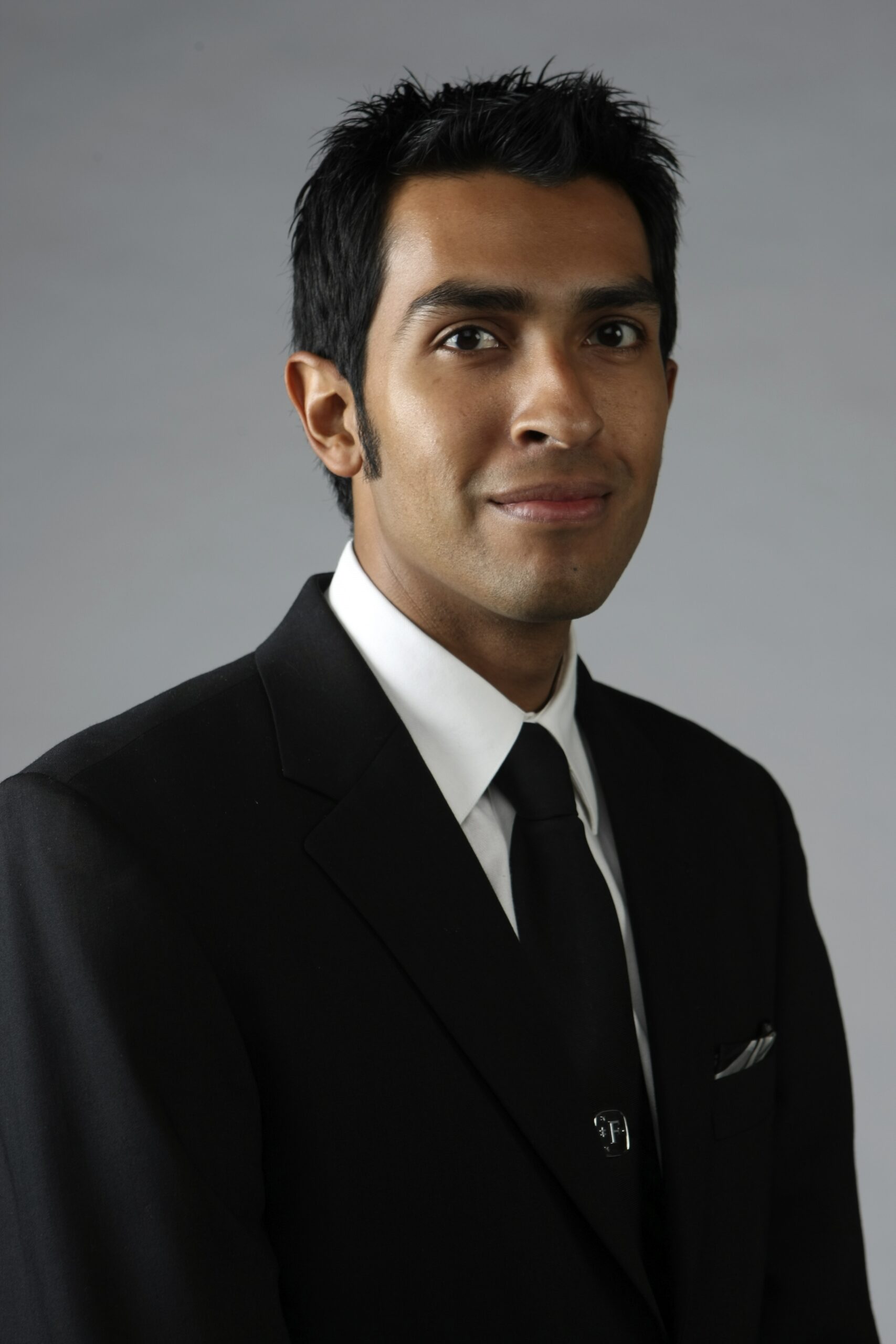 Francisco Vara-Orta worked in newsrooms around the country for 17 years before bringing his experience to IRE as a trainer. We talked with Francisco about his time as an investigative/data journalist and his previous work at IRE.

Q: How did you get started in journalism?

A: I got my start in journalism pretty young at my middle school. I was elected to student council and started a newspaper there and learned very early how much it meant for people to see themselves represented in publications.

From there I just did various student publications. I started one in my high school, and I restarted one at my college because ours had been defunct. Working with students, I found my connection with the industry.

My first professional experience was being published in my hometown newspaper during the Dow Jones News Fund Urban Journalism Workshop my senior year of high school. Not only did I get my first story published in the local paper, but I also met my best friend. That same friend went with me recently on my first solo trip as an IRE trainer. So, it's weird how things come full circle in this industry.

You’ve worked as a reporter at several types of outlets, from the San Antonio Express-News to Chalkbeat and Education Week. What has it been like to work for such a variety of organizations?

Working for different publications was a byproduct, honestly, of changes in the industry and the recession. In order to survive, I had to keep moving where the jobs were. Thankfully, those were all on my shortlist of dream jobs. But in the process of that pursuit, I got to try out so many different beats that it really helped me grow as a journalist and as a person. Getting to see different parts of the country and getting out of my comfort zone, I think, is really important. Journalists have to continue to do that until the day they lay down the keyboard or the pen.

Seeing different economic models was really, really valuable for my job as an IRE trainer. I have a better sense now of what pressures editors and reporters are under and how convergence is now the lay of the land for most of us. The evolution in the last 13 years — since I've been in the field full-time after graduation — has been astounding. And those newsrooms each taught me a different lesson that I think built toward me getting this position. I lived what they're living.

What are the most useful ways you think journalists can utilize data and investigative skills in their day-to-day reporting?

It's definitely a mindset, and there's no limit on how often to use it. I think that's the misconception about data investigative and journalism. You can do it on any beat, from news to features to sports to business. I think that's really important to keep in mind. Do not overwhelm yourself or to let imposter syndrome get ahold of you. It's important to embrace wherever you're at with math and with understanding your level of comfort with confrontation because you need to master those skills, gracefully, to know how to utilize data and investigative journalism skills in your reporting.

The majority of us do not have the luxury of working on projects all the time. It's important to remember that. For people who do get to work on those projects, I think it's important for them to mentor those coming up behind them. I think that's a way you can use your skills, too, when you feel like maybe you’ve hit a wall and you can't grow anymore. There's always room to grow in our field.

What’s the most memorable story you’ve worked on?

One that sticks out to me was in 2007, when I was at the Los Angeles Times, and I wrote a story about how Latinos are very cautious about taking out loans. This was a story I had seen play out at my college, St. Mary’s University, which serves predominantly Latino students. It was an experience I had in my own family. I didn't realize how many people didn't understand the story, the origins of it, or the skepticism of banks in our home countries.

I wrote that story, and it ran on the front page. I was 22 years old. And that alone felt great on a personal level. But afterward, a reader in Palm Springs said, "I would like to be a benefactor for the student you wrote about" who paid for his education in cash working at a CVS. The student had refused to take out a loan.

So, I wasn't sure what was going to happen, but I connected them. Later on, I got a message from the student I interviewed saying, "He is not only paying for the rest of my undergrad degree, he's offered to pay for my master’s and that of my girlfriend, and that of one of my other relatives."

Now (the student) teaches at the university he studied at. And I really had no idea how much that story mattered. You never know who's reading or watching.

You worked part-time at IRE when you were a graduate student at the University of Missouri. Tell me a little bit about that experience.

I was suffering from imposter syndrome, trying to figure out how to get to do more in-depth work, and there were just so few avenues. IRE really restored my faith in myself. I didn't see that coming. I really wanted to be taken seriously by the industry and felt like, for various reasons, that just didn't happen. So the fact that IRE wanted to hire and empower me really healed my soul. I had gone through a layoff at the LA Times and had to move around several times to stay afloat. And (IRE) reminded me that I had it. And I’d always had it. So, seeing us do that for other reporters and editors and students on a daily basis really motivated me.

The IRE staff are among the kindest people I've ever had the privilege to work with. They're very honest about what we need to do and where we need to improve. I think that lack of arrogance is so important in our field.

While in grad school, I got to go to New Orleans for the 2016 IRE Conference and work as staff. I remember, at one point we were on the elevator in New Orleans, and I looked around and I was the only person of color in the room. It was an open discussion that I was able to have with all the white people in office about why is this the case? Like, it's okay to talk about it, and my voice matters.

I also really felt — and this is something I think is under-explored — that I don't think gay men are always taken seriously as investigative reporters. I don't really see a lot of visibility of us in the data journalism world. So, for me, that was also alienating. I knew more investigative  journalists of color than I did men who identified as queer or LGBTQ, and that intersectionality was really important. IRE wasn't scared to talk about that. In some newsroom, I felt like I could never bring it up.

IRE really gets the bigger picture about how we should operate culturally as an industry. It's really exciting to come back and be a part of that, where there's so much momentum. The silver lining of the Trump administration is that I think accountability journalism and training in how to do it is more in demand because people are recognizing the need for what our members do. It's really rewarding to be part of that process. 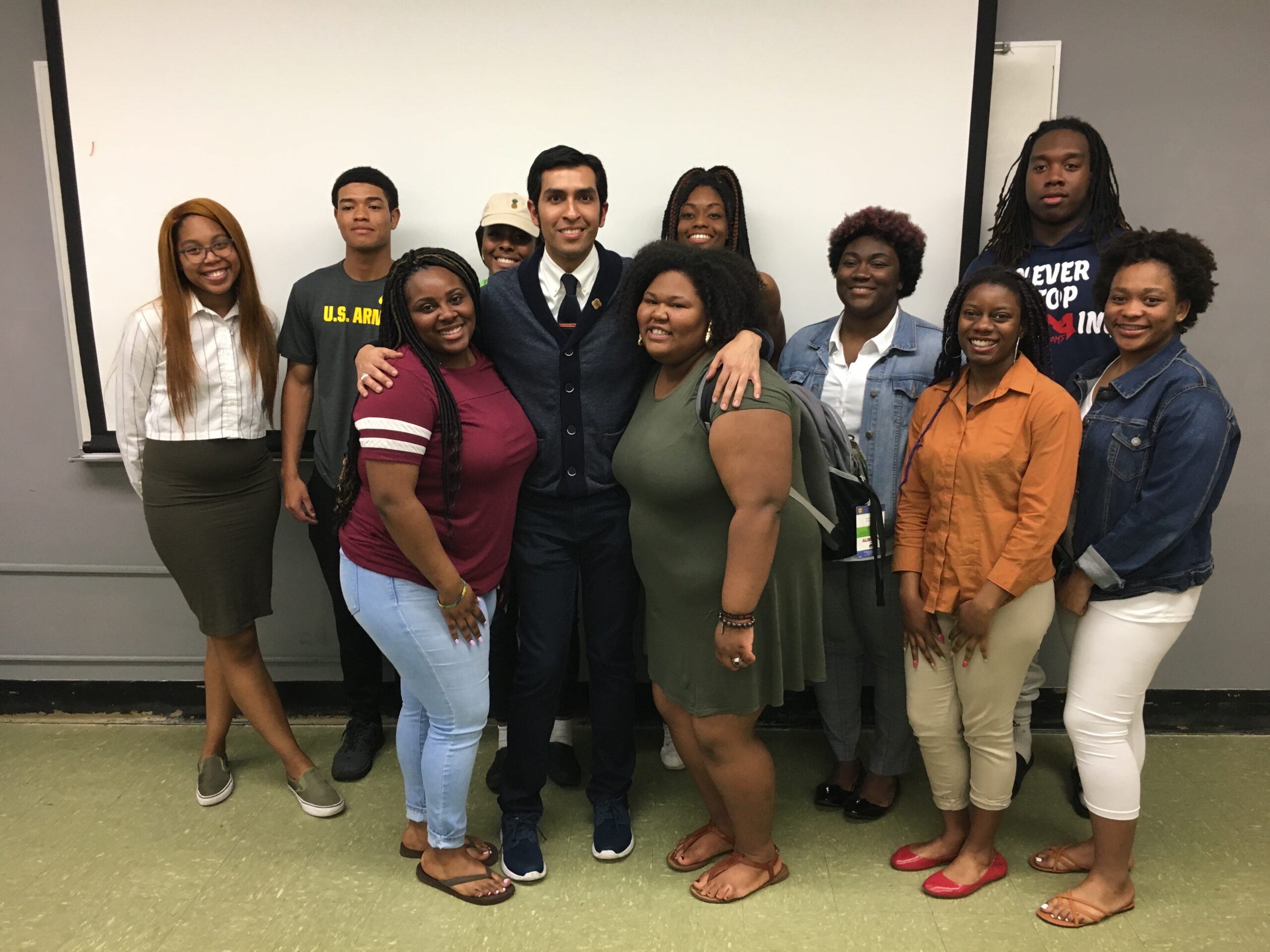 Why did you decide to become a full-time IRE trainer?

In a way, to pay back the journalism field and IRE for the good they’ve brought into my life. You ask anyone on staff, and we've all weathered some of the storms out there in the industry, and you don't want to let go. We have this love for the cause. Being around that energy is really important.

I've only done a couple trainings so far, but instantly I see the impact. You don't always feel like that with your stories. I had heard that was the case. Like most journalists, I wanted to see it with my own eyes and feel it in my soul the way you do when you're out in the field. And it's true. There's a lot more work for us to do, and there's a lot that IRE wants to improve on and and be better at. But the organization’s heart and mind are in the right place.

You joined the full-time staff in February. What have you enjoyed so far about the job, and what’s been the biggest surprise?

I learn just as much from the people we're teaching as they do, hopefully, from me. I do have a different experience than my other colleagues, and I get reminded of this every so often. In a recent training I had two queer black journalists come up to me and tell me how much it meant for them to see me exist in the room in that position. And that's just something I take for granted; I'm just trying to get the projector to work and not bomb during the middle of my presentation. Sometimes our mere existence is an act of resistance in times like this, when you're just trying to represent yourself and where you come from. So that was really surprising to me because I was looking forward to the skill-building side of this, where I'll get teaching skills and I'll get to interface with people all over the country. I didn't realize the job would be so emotional at times, but in a good way.