A standing room only crowd packs the talk entiteld "When data don't exist" featuring Matt Waite, of the University Lincoln Nebraska, Meghan Hoyer, of USA Today, and Sarah Cohen, of The New York Times at NICAR 2014 in Baltimore, on Friday, Feb 27. The panel discussed potential advantages and pitfalls associated with constructing your own data sets. Photo by Travis Hartman 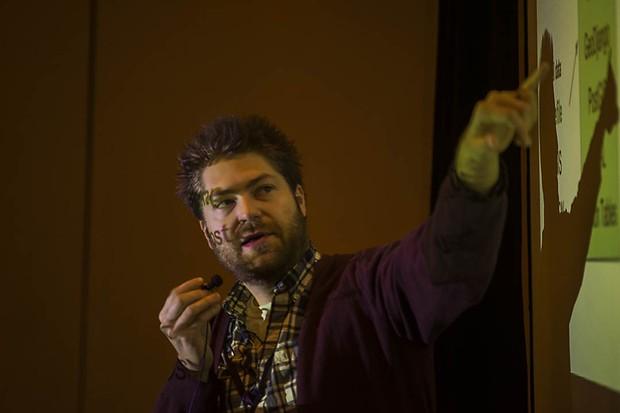 Michael Corey, from the Center for Investigative Reporting, discusses his GIS workflow at a panel titled, "Rifling through the mapping toolbox" at NICAR 2014 in Balitmore, on Thursday Feb. 27.  Photo by Travis Hartman 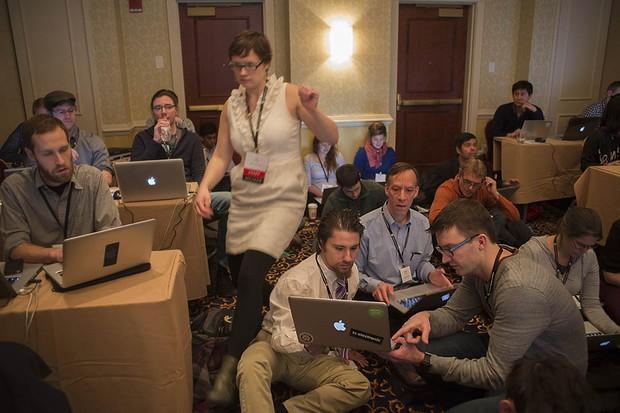 Database Director Elizabeth K. Lucas makes her way to help an attendee, as Matt Waite, of Universiry Lincoln Nebraska, helps to set up a computer at his talk entitled, "Maps and charts in R: real newsroom examples" at NICAR 2014 in Baltimore on Thursday, Feb. 27.
Photo by Travis Hartman