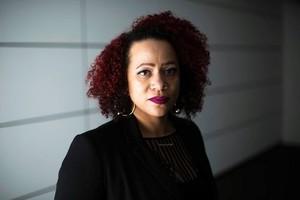 We are excited to announce that Nikole Hannah-Jones will deliver the 2017 IRE Conference keynote address.

Nikole is an award-winning investigative reporter who covers civil rights and racial injustice for The New York Times Magazine. In 2016, she helped found the Ida B. Wells Society for Investigative Reporting, a news trade organization dedicated to increasing the ranks of investigative reporters of color. She is also writing a book on school segregation called, "The Problem We All Live With," on the One World imprint of Penguin/Random House.

Prior to joining The New York Times, Nikole worked as an investigative reporter at ProPublica in New York City, where she spent three years chronicling the way official policy created and maintained segregation in housing and schools. She has also spent time at The Oregonian and The News & Observer in Raleigh, North Carolina.

Nikole's reporting has won several national awards, including the Peabody Award, George Polk Award, National Magazine Award, Sigma Delta Chi Award for Public Service, and the Hechinger Grand Prize for Distinguished Education Reporting. She was named Journalist of the Year by the National Association of Black Journalists in 2015 and was named to The Root 100 in 2015 and 2016. She is also a 2017 New America Emerson fellow.

The keynote address will take place at the IRE Conference luncheon on Saturday, June 24. Please join us June 22-25 at the JW Marriott Phoenix Desert Ridge in Phoenix.