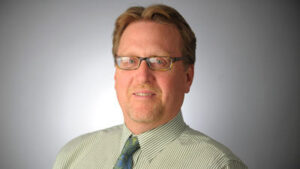 We’re pleased to announce that Rick Hutzell will deliver the keynote address at the 2019 IRE Conference in Houston, June 13-16.

The editor of Capital Gazette Communications in Annapolis, Maryland, will address IRE19 attendees nearly a year after the June 2018 shooting that killed five Capital Gazette employees.

“Choosing Rick as our keynote speaker for this year's luncheon was an easy decision for the board,” IRE Board President Cheryl W. Thompson said. “What he and his newsroom went through was unthinkable, yet they pressed on. Their determination and dedication to our craft have inspired journalists everywhere.”

Hutzell oversees the editorial staff of The Capital, the Maryland Gazette, the Crofton West County Gazette and the Bowie Blade-News. He joined The Capital in 1987 as an assistant city editor, holding several positions before his promotion to editor in May 2015.

The National Press Foundation named him the 2018 Benjamin C. Bradlee Editor of the Year, an honor he received for guiding his newsroom through and past the mass shooting.

"We saw courage in the face of unimaginable tragedy in the Capital Gazette editor and his staff," NPF judges wrote. "As pledged, they put out a 'damn paper' the next day, and every day since in service to their community. It underscores the importance of local newspapers and the unbreakable bond with their communities."

Time magazine recognized the Capital Gazette staff as “guardians of the truth” as part of its Person of the Year 2018.

More information about Hutzell is available on the Capital Gazette website.

The keynote address will take place during the IRE Conference awards luncheon on Saturday, June 15.