The Obama administration's war on leaks 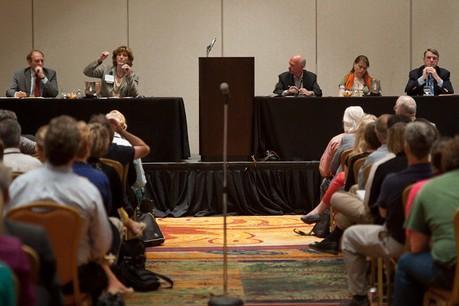 The Obama administration’s war on leaks didn’t start with Edward Snowden. Its hunt for whistleblowers began long before the former National Security Agency contractor left for China or sought asylum in Russia or South America.

First, there was Thomas Drake. Drake, an employee of the National Security Agency, was indicted in April of 2010 for leaking information about a domestic surveillance program known as Trailblazer.

Those six whistleblowers have all been prosecuted since 2009 under the Espionage Act of 1917. The charges against Snowden would make him the seventh. In the act’s previous 90 years, it had been used to prosecute whistleblowers a total of three times.

The prosecutions came after this campaign promise:

"Barack Obama will strengthen whistleblower laws to protect federal workers who expose waste, fraud, and abuse of authority in government."

Other efforts to quash leaks include surveillance of journalists, including the Department of Justice’s obtaining phone records from The Associated Press.

“The Obama administration’s war on leaks is by far the most aggressive that I’ve seen since the Nixon administration, and I go back that far,” Leonard Downie Jr., IRE board member and Vice President At Large of The Washington Post, said during a session at the IRE Conference in June.

Downie, moderating a panel titled “The Government’s War on Leaks,” was joined in discussion by:

Listen to their discussion of why such unprecedented efforts against leaks are happening now, what role journalists play in it, and what’s to be done to keep communications secure and protect sources. IRE Members can download the audio here.