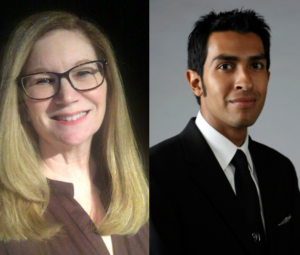 “Having four trainers is a watershed development for us,” IRE Executive Director Doug Haddix said. “Moving forward, we’ll be better positioned to handle growing demand for IRE training as well as data services.”

DiVincenzo will become IRE’s first trainer with extensive TV experience. For the past 16 years, she has worked for WSB-TV in Atlanta as an investigative producer and data specialist. Her role included finding, researching, and writing major investigations and coordinating other ongoing stories. In addition, she taught research and data classes for employees of the Cox Media Group.

“We’re thrilled that Patti has agreed to bring her TV experience to IRE to help broadcasters and other journalists sharpen their watchdog and data skills,” Haddix said. “With Patti on board, IRE will be better equipped to serve our large membership of broadcasters in new and exciting ways.”

She earned a bachelor’s degree in journalism from the University of Kansas.

“I couldn’t be happier to be joining the ranks of IRE training directors whom I’ve appreciated and admired for so long,” DiVincenzo said. “I look forward to getting started soon.”

Vara-Orta will bring 17 years of diverse newsroom experience to his new role. He has worked for a variety of online and print publications, including Chalkbeat, Education Week, the San Antonio Express-News, Austin Business Journal, Los Angeles Business Journal and the Los Angeles Times.

In addition to his extensive newsroom experience, Vara-Orta worked part-time for IRE in 2015-16 while earning a master’s degree in investigative/data journalism at the University of Missouri. His IRE duties included doing research and reporting for news clients as well as cleaning and analyzing data. He also launched Spanish-language outreach for IRE. Previously, he earned a bachelor’s degree from St. Mary’s University in San Antonio.

“Francisco brings a terrific blend of newsroom experience and data skills to his new role,” Haddix said. “He’s also served in leadership of several other journalism organizations -- connections that will serve IRE well.”

"At a time when the industry is under a lot of different pressures to meet their charge to help keep communities informed and engaged, IRE has long been there to support journalists in their work - acting as a support system that's helped me and many others along the way,” Vara-Orta said. “I am very grateful for the opportunity to join their warm and welcoming team to help journalists during such a critical time in our field of work."

Vara-Orta begins work for IRE on Feb. 15. You may reach him at Francisco@ire.org.

DiVincenzo starts her IRE post on Feb. 25. You may reach her at Patti@ire.org.