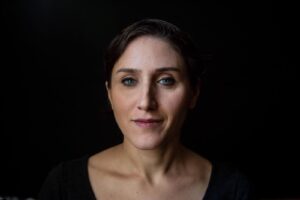 A Turkish investigative journalist, sentenced to prison for her truthful reporting on offshore investments by the country’s former prime minister, is the 2019 recipient of the Don Bolles Medal from Investigative Reporters and Editors.

Pelin Ünker was sentenced in January to 13 months for “defamation and insult” of Prime Minister Binali Yildirim and his two sons. An appeals court dismissed the prison term in April, but upheld a fine against Ünker.

“With authoritarian governments around the globe increasingly attempting to suppress the truth with threats of imprisonment, IRE stands with Pelin and other Turkish journalists in declaring that journalism should never be a crime,” said IRE Board President Cheryl W. Thompson.

The Don Bolles Medal, which will be awarded during the annual IRE Conference later this month in Houston, recognizes investigative journalists who have exhibited extraordinary courage in standing up against intimidation or efforts to suppress the truth about matters of public importance.

Ünker, a member of the International Consortium of Investigative Journalists, used the Paradise Papers trove of documents to report that Yildirim’s sons held shares in offshore shipping companies set up in Malta. Ünker reported that one company shared an address with a Turkish business that won a $7 million research and shipping-related tender from the Turkish government.

Yildirim, who later became speaker of Turkey’s Grand National Assembly, reportedly did not deny the facts of Ünker’s stories that were published in Cumhuriyet, one of Turkey’s oldest newspapers.

“Pelin has stared down intimidation from some of her country’s most powerful people and her commitment to telling stories of public interest, despite such pressure, deserves to be celebrated and honored," said Gerard Ryle, director of the International Consortium of Investigative Journalists. “Her dignity and professionalism is an example to journalists around the world.”

Turkey has engaged in an unprecedented crackdown on freedom of the press since a July 2016 coup attempt. More than 180 news outlets have been shut down under laws passed by presidential decree, and there are more than 100 journalists in prison there, more than any other country in the world, according to PEN America.

“Pelin and her colleagues remind us that courageous investigative journalists are needed around the globe to shine the light on those places where corruption flourishes,” Thompson said.

Formed in 1975, IRE is a grassroots nonprofit organization dedicated to improving the quality of investigative reporting around the globe.

The Don Bolles Medal was created in 2017 in conjunction with the 40th anniversary of the Arizona Project, an effort led by IRE to finish the work of Don Bolles, an Arizona Republic investigative reporter who was killed by a car bomb in 1976. Bolles' death came a few days before the first national IRE Conference in Indianapolis, where the veteran reporter had been scheduled to speak on a panel. At the time, Bolles had been investigating allegations of land fraud involving prominent politicians and individuals with ties to organized crime. After his murder, nearly 40 journalists from across the country descended on Arizona to complete his investigation. News organizations across the country published their findings. Their message: Even if you kill a reporter, you can’t kill the story.